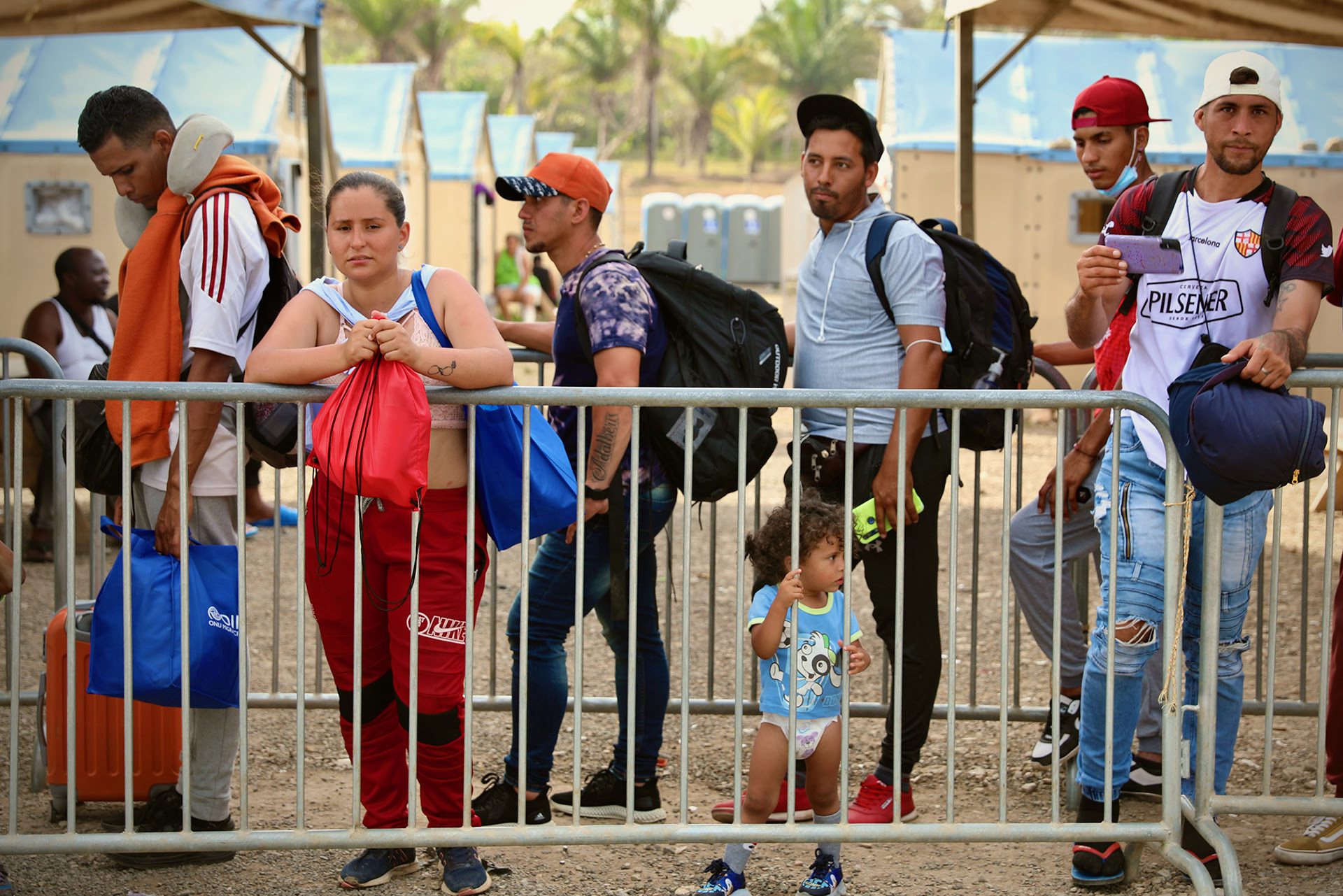 US President Joe Biden’s recent decision to immediately deport all Venezuelans attempting to enter the US territory through the Mexican border has fanned the flames of the debate in Latin America and the United States. Biden’s migratory policy is shaky, inconsistent, and downright cruel. Guided by political considerations he is far from solving any issues, Biden’s policy only fosters insecurity and humanitarian crises.

Countless non-governmental organizations, including the International Organization for Migration (IOM), and migrant rights advocates have criticized Biden’s anti-immigrant stance and have warned of the terrible humanitarian costs involved.

To understand the magnitude of the humanitarian crisis that is about to start, in September, 33,000 Venezuelans crossed the border. Meanwhile, shelters in Tijuana, Ciudad Juárez, and El Paso each only have a maximum capacity of 1000 migrants, and are all full. Meanwhile, during the last fiscal year, which ended in September, the arrival of Venezuelans through the southern border grew almost threefold.

The situation at the border is about to turn unsustainable if the flow continues. Up until October 12, Mexico only committed to dealing with its deported nationals and migrants from Honduras, Guatemala, and El Salvador (the Northern Triangle). Accepting Venezuelans without having enough resources and conditions to shelter them may be a tragic decision, that will make the anti-human conditions on its border with the US even worse. A big part of the problem is that since the US broke diplomatic relations with Venezuela in January 2019, when it recognized the un-elected fake Juan Guaidó, there is no formal channel between the two countries to directly discuss the crisis.

According to White House, Venezuelans will be automatically deported to Mexico, whose government agreed to receive them, but asked them to leave the country within 15 days. It will only bring more pressure on the border, as migrant facilities are already overwhelmed, IOM Chief of Mission in Mexico Dana Graber said.

Reuters: UN May Administer Blocked Funds to Provide Aid to Migrants from Venezuela

Migration has become one of Biden’s main headaches, one often used by Republicans against him with a clear political-electoral objective. Many claim the measure against Venezuelans also has the same character since it is focused on easing the tension ahead of the mid-term elections, even though nothing guarantees this can save the Democrats from the forecasted electoral disaster. Therefore, it looks like a desperate maneuver by the current US administration, which is also trying to politicize Venezuelan migration as it has done with Cuban migration since 1959.

Not very different from Trump, Biden is trafficking in the lives of thousands of people. They are being used as bargaining chips in his political chessboard of elections and relentless struggle to destroy progressive movements in the region. Meanwhile, the Venezuelan opposition has adopted a similar attitude and blamed the government of Nicolás Maduro for the growing flow of migrants while timidly criticizing the treatment their fellow citizens are receiving in the US.

Inconsistencies in Biden’s migratory policy
Late last month, the US president publicly stated that returning Cubans, Nicaraguans, and Venezuelans to their countries “is not rational.” However, this stance completely differs from his latest move. On the one hand, Biden encourages irregular migration and uses it against these three governments that he wants to destroy. On the other, he orders massive deportations to ease the internal tension generated by the issue. Again, it is a dirty game where the last of his priorities is to guarantee the security and rights of hundreds of thousands of people.

The deportations are based on Title 42, under which over 2.1 million people were deported from the US in the previous fiscal year alone. The law was issued by the Trump administration to allegedly prevent COVID-19 transmission but that was only a cover for his anti-immigration policy.

During his presidential campaign Biden promised to overrule it, just like he promised to improve relations with Cuba, but he has only made it worse in both cases. The US Department of Justice is currently appealing Title 42 after the initial demand was blocked by Republicans. Despite this, Biden opted for enlarging Title 42 to deport Venezuelans instead of being coherent with his own actions.

The measure also states that 24,000 humanitarian permits will be granted to qualified Venezuelans who wish to migrate to the United States. However, requirements for approval are virtually unattainable and exclude those currently living in the US as well as those who have been deported. Given the magnitude of the phenomenon, the number of permits is ridiculous since it would be exhausted in a month.

Humanitarian permits were applied to Ukrainian migrants too with a not-too-subtle difference that this program has no limits. After the war started in Ukraine, over 100,000 Ukrainians have been granted humanitarian permits, which also grant them government aid and work permits. Once again, Washington discriminates against Latin Americans and confirms the double standards of its discourse on safe and orderly migration.

Where are the agreements on migration signed at the Summit of the Americas in Los Angeles? What happened to the follow-up meeting held in Peru less than a month ago at the 52nd Summit of the Organization of American States (OAS)? The United States consistently evades any of its responsibility in the current migration crisis for which it and its neo-liberal policies are responsible in the first place. So, listening to Secretary of State Antony Blinken and Vice President Kamala Harris make’ references to “commitment to migrants” can only make us laugh out loud.

The US pretends to cover its crimes with meager handouts like the 24,000 visas for Venezuelans or the $2 million recently donated to Cuba for mitigating the damage of Hurricane Ian. Both gestures are insults and only attest to the arrogance of a government wheeling and dealing with the welfare of migrant lives. Both Cuba and Venezuela are subject to economic blockades that tie these governments’ hands, making it extremely difficult for people to live dignified lives. Then, the migration issue is not about Cuba, Venezuela, or Nicaragua, but the constant US pressure to control the region while ignoring its neighbors’ sovereignty.

Every cause of the current migration crisis is related to the ill-fated US policy toward Latin America. But that doesn’t stop Washington from blaming and demanding others for a solution to the problems their policies create; this is the specialty of US establishment politicians. The current administration has been pressuring countries such as Mexico, Colombia, Panama, and Chile to commit to stemming the current migratory wave, while it continues to play politics at home, and just like gravity people keep coming from their countries not out of desire but out of desperation from the legacy of imperialism and all its current aberrations in the region.