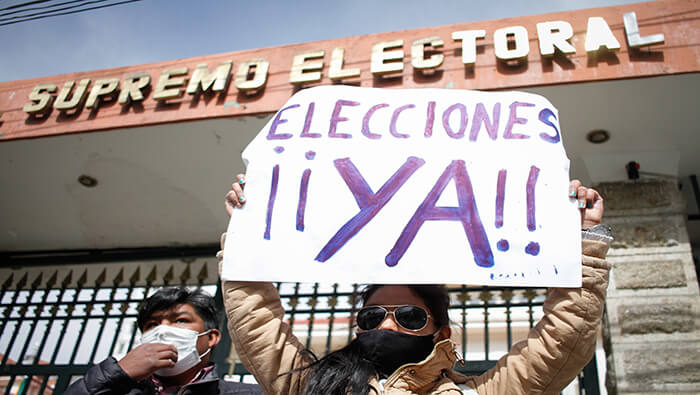 Postponing of the general elections until October has deepened the political crisis as Bolivia celebrates its independence amid a general strike against the coup.

This August 6, Bolivia commemorates the 195 years of its founding as a sovereign country in the midst of a political, economic and social crisis accentuated by the coronavirus pandemic. However, since the coup d’etat against Evo Morales on November 10, 2019, carried out by the opposition, the Armed Forces and the police, in complicity with the United States (USA), the country has been plunged into a crisis political, social and economic.

Day 3 of Bolivia’s general strike: More roadblocks are springing up and social movements in the Trópico say that defending lithium from privatization is a key a demand, @OVargas52 reports. pic.twitter.com/4yIbs97z3j

Bolivia before the 2019 coup

During the presidency of Evo Morales (2006-2019), Bolivia showed strong economic growth recognized by international organizations, such as the World Bank (WB), the International Monetary Fund (IMF) and the Economic Commission for Latin America and the Caribbean (ECLAC ).

The average growth of the Gross Domestic Product (GDP) of Bolivia in the Morales years was 4.9 percent. According to IMF balance sheets, the Bolivian GDP expansion rate for 2019 was 3.9 percent, positioning the country as the growth leader in the region.

Presenting the 2019 annual report, Morales said that in 2005 Bolivia was the second country with the highest level of external debt, equivalent to 52 percent of GDP; by 2018, it became the seventh least indebted country in South America, at 24 percent of its GDP.

The Bolivian Ministry of Economy and Public Finance reported that for 2018 moderate poverty stood at 34.6 percent and extreme poverty at 15.2, positioning the country as the economy with the greatest reduction in extreme poverty in South America.

According to the ECLAC Social Panorama of Latin America report, in 2018 Bolivia also reduced the gap between those who have the most and the least. The Gini coefficient, which measures inequality, fell to 0.45 in 2017.

According to the INE’s Continuous Employment Survey (ECE), an urban unemployment rate of 4.2 percent was registered in the fourth quarter of 2018. As of 2019, the basic salary in this South American country reached $ 308 per month.

Economic growth during the government of Evo Morales was accompanied by public policies that helped reduce negative social indicators.

Bolivia after the coup

The current de facto president, Jeanine Áñez, came to power after weeks of protests and repression that ended with a total of at least 30 dead.

The strong-arm policy, implemented by Áñez since she assumed the Bolivian presidency, has been subject to strong criticism inside and outside the country.

Opposition sectors have denounced a political persecution that has been unleashed from the de facto government and they feel that the oppression has intensified with the arrival of the coronavirus.

They point to arbitrary raids and arrests, obstacles to humanitarian deliveries to municipalities controlled by coca grower unions, and attacks on freedom of expression.

The postponement of the elections for the month of October has deepened the political crisis in Bolivia, leading to the call for a strike by the Central Obrera de Bolivia (COB).

Both the COB and other organizations related to the Movement for Socialism (MAS) are protesting to demand the holding of elections in September. In this regard on Wednesday, the Supreme Electoral Tribunal (TSE) convened the mobilized sectors, which block different roads in the country, to discuss the new date for the general elections. 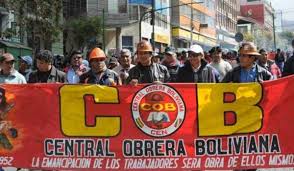 “We are mobilized days after starting an indefinite general strike against the dire dictatorial, oppressive and repressive policies of this coup government that is leading the Bolivian people to an economic crisis, in health, education and work,” says the organization’s message.

On the economic front, the de facto government has made progress in dismantling the economic and productive apparatus promoted by Evo Morales, inviting and promoting the arrival of the IMF to define the country’s new economic policy.

Given the lack of State aid to small producers and businesses in times of pandemic, the economic blow is expected to be especially hard for Bolivia because nearly 70 percent of its workforce works irregularly.

As for the health crisis derived from the Covid-19 pandemic, the de facto government has blamed the previous administration, without taking into account million dollar investments in hospital infrastructure in all regions of the country in previous years.

Medical unions have denounced the lack of minimum supplies to face the coronavirus, such as masks, gloves, glasses, disposable personal biosafety equipment and diagnostic instruments that are essential at this time.

Given the panorama of political, economic and social crises, many Bolivians wonder if there is something to celebrate this August 6.