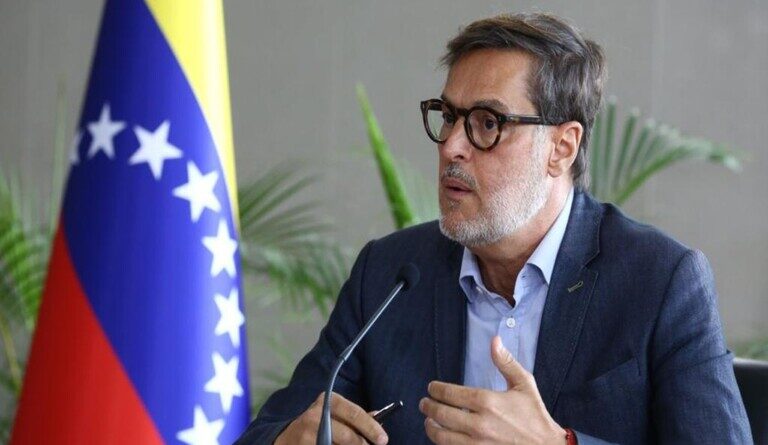 This Saturday, January 1, Venezuela’s Foreign Minister Félix Plasencia demanded that the president of Brazil, Jair Bolsonaro, authorize air and land transfers to facilitate the return of Venezuelan nationals in Brazil who want to return to Venezuela. This within the framework of recent floods and Brazil’s calamitous management of the pandemic. Venezuela’s Vuelta a la Patria program facilitates the return of Venezuelans to their home country, providing transport and medical services free of charge.

Through a post published on his Twitter account, @PlasenciaFlex, the head of Venezuelan diplomacy pointed out that Bolsonaro intends to evade his responsibility, using the worn-out formula of attacking Venezuela in order not to interrupt his vacation to deal with the flooding disaster in the state of Bahia. “All of our support for the Brazilian people faced with this tragedy,” Plasencia added.

The statements by the Minister for Foreign Relations of Venezuela responded to a tweet published by a private media outlet announcing how Brazil’s President Jair Bolsonaro reacted to an offer of help from Argentina, following the devastating floods in Brazil.

According to the FM Center Es Noticia outlet, Bolsonaro “thanked Argentina for the help offered in the face of the emergency caused by the rains in the country. He clarified that he had rejected it for not being the most appropriate, and argued that a better help would be to take some of the Venezuelan refugees in Brazil.”

Plasencia noted that it would be beneficial to instead allow Venezuela to repatriate Venezuelan refugees living in Brazil who wished to return to their country.

Bolsonaro has been heavily criticized recently for his terrible handling of the flooding affecting northeastern Brazil. The floods have resulted in the deaths of at least 20 people and the displacement of more than 50,000. Bolsonaro rejected the Argentinian offer of help, instead attempting to use Venezuela to distract from his negligent management of the disaster.