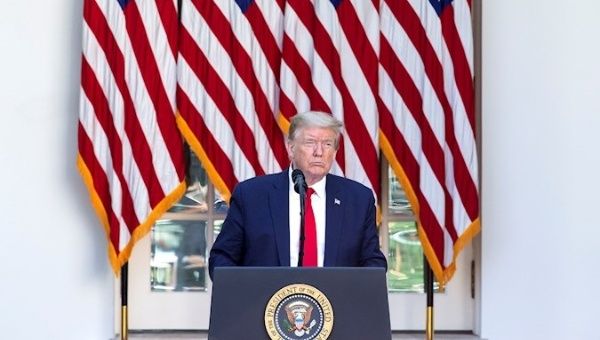 The U.S. President denied his administration’s involvement in the mercenary incursion carried out from Colombia on May 3.

The U.S. President Donald Trump Friday reiterated that his administration was not involved in the failed attempt at a maritime incursion into Venezuela and pointed out that the results would have been different if his country had been involved.

“If we ever did anything with Venezuela, it wouldn’t be that way. It’d be slightly different. It’d be called an invasion,” Trump said during an interview with Fox News.

He explained that if he wanted to go to Venezuela, he would not hide it since stealth is not his style, adding that the invasion would be carried out with the army.

The U.S. president defined the failed raiders as a “rogue group,” smirking that “it wasn’t led by General George Washington, obviously,” as reported by RT.

US President Donald Trump denies any involvement in the failed invasion attempt in Venezuela. Says he would send troops if he wanted to do it. #VenezuelaCoup pic.twitter.com/T0sIGzrLG5

On Sunday, May 3, U.S. Mercenaries hired by opposition lawmaker Juan Guaido tried to enter Venezuelan territory by speedboats from Colombia. Fishermen in the area, however, informed authorities of their presence.

In response to this terrorist incursion, the National Bolivarian Armed Forces (FANB) carried out a containment operation in which several of the attackers died and others were detained.

“If we had been involved, it would have been different,” Pompeo said on Wednesday.