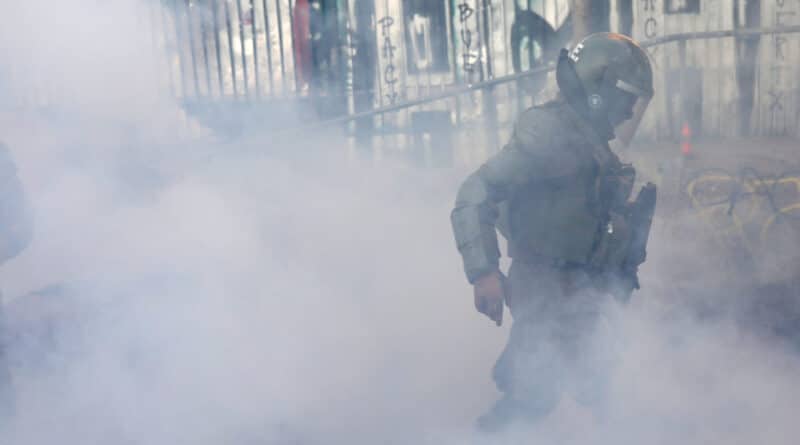 The authorities denied having detained her, but photos show how they pinned her to the ground. The little girl is the daughter of Camilo Catrillanca, murdered by the police in 2018.

The institutional violence suffered by a seven-year-old Mapuche girl gave rise to a climate of indignation and repudiation in Chile against the police officers who surrounded her, squeezed her and threw her to the ground to immobilize her during an operation in her community. In addition, the officers transferred her to a police station.

The events occurred in Temucuicui, a town located in the Temuco commune in southern Chile, where members of the Chilean Investigative Police (PDI) detained Katherine Antin and Teresa Marín, who, respectively, were the wife and the mother of Camilo Catrillanca, a Mapuche community member who was killed in November 2018 during a police operation.

RELATED CONTENT: Russia: United States can Never Again Present Itself as a Model of Democracy

On Thursday, the Oral Criminal Court of Angol condemned former sergeants of the Special Police Operations Group (GOPE) Carlos Alarcón and Raúl Ávila for the crime of “second degree murder” against Catrillanca and for unlawful coercion and unjustified shooting while four policemen and a lawyer were found guilty of obstructing the investigation.

At the same time as the sentences were being issued, the police operation was carried out in which the relatives of Catrillanca were arrested and his child was detained. The incident sparked a series of complaints on social networks and demands for their immediate release.

At the institutional level, the Children’s Ombudsman reported this morning in a press release that it has filed a complaint against the illegal and arbitrary detention of the minor girl before the Court of Appeals of Temuco.

According to the official statement, “the complaint was filed against the Director General of the Chilean Investigative Police, the Chief Inspector Prefect of the Araucanía Zone and against the officials who participated in the events”.

The Office of the Ombudsman also added that the detention of a little girl is unacceptable, since it constitutes a “deprivation, disturbance or threat” to her right to personal liberty and individual security.

Patricia Muñoz, Ombudswoman for the Rights of Children, specified that the minor was detained for three hours in a vehicle of the Chilean Investigative Police, until she was handed over to her grandfather Marcelo Catrillanca.

In this case, she stressed, the Convention on the Rights of the Child was violated, which obliges states to adopt judicial, administrative and social protection and care measures to ensure the best interests of children.

Later, the Chilean Investigative Police tried to defend itself through a statement in which it assured that it had never detained the minor.

“These statements are false, since they confuse the public and construct fallacious realities,” declared the police through the official statement. “Two adult women who were in company of the minor were arrested, and obviously the minor could not be left alone on the public highway; hence she was transferred to the premises of the Police Subcommissioning Station,” informed the statement.

Images recorded during the operation, however, demonstrate an entirely different situation, since it can be seen how three uniformed men escorting the girl pulled her by the arms and finally threw her facedown on the street while one of them pulled the vest that she was wearing.

Featured image: A police officer is engulfed in a cloud of tear gas in Santiago, Chile. March 6, 2020. Pablo Sanhueza / Reuters.