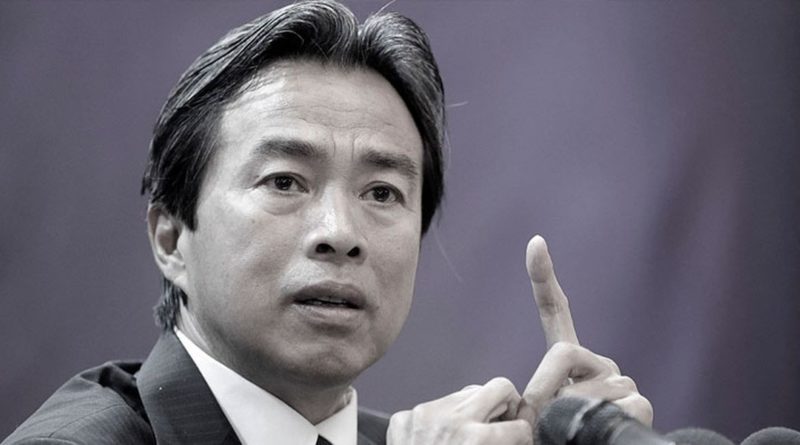 This morning the death of the Chinese ambassador to Israel, Du Wei, has been confirmed at his official residence in Herzliya, north of the capital city of Tel Aviv.

Du Wei, 57, was appointed as diplomatic representative to Israel last February. Before this appointment, he was ambassador to Ukraine, a position he held from 2016 to 2019.

Israeli police say it was possibly a natural death after finding no signs of physical violence in the diagnosis of the body by the emergency services.

However, the causes of death are not entirely clear and a much more exhaustive investigation will have to be carried out, corresponding to the seriousness of the event.

Du Wei’s death occurs in a context marked by false accusations by Washington seeking to hold China responsible for the Covid-19 pandemic.

In this massive propaganda war against the Asian power, a new round of the trade war promoted by Trump is added to harm the Huawei company and its promising advances in 5G technology.

In recent times, China has increased its economic investments in Israel, becoming its second trading partner after the United States. Washington sees this situation as a threat to its interests.

This was demonstrated through a warning sent to the Israeli government on May 9, where it expressed its concern about “a Chinese company that is putting out to tender the construction of the world’s largest desalination plant, which will be in Kibbutz Palmachim.”

According to Israeli officials, “the Americans have been sending messages with delicacy and courtesy, but they obviously want us to reexamine the Chinese company’s participation in the tender.”

RELATED CONTENT: Latest on Iranian Tankers Heading to Venezuela to Alleviate Fuel Scarcity Due to US Criminal Sanctions (Latest Position)

On May 13, Secretary of State Mike Pompeo made an official visit to Israel, where he took the opportunity to condemn Chinese investments, calling them “threatening”.

In an interview with Kan News , Pompeo stated :

“We are concerned about Chinese investments around the world. We are not concerned when they show up to operate as a normal business entity, but when they arrive in a way that has a political dimension, when it is a state-owned company or is an entity that has a bad reputation (…) And so I spoke to the Prime Minister (Israeli) on these issues.”

The Secretary of State increased his warning tone:

“We do not want the Chinese Communist Party to have access to Israeli infrastructure, Israeli communication systems, everything that puts Israeli citizens at risk and, in turn, puts at risk the ability of the United States to work alongside Israel on important projects. We believe these risks are very real, and we share information about them with them so that they can make good decisions for themselves.”

In the official statement, the embassy highlighted the following according to a review by Haaretz:

“We are confident that Jewish friends can not only defeat the coronavirus but also the political virus and choose the course of action that best serves their interests.”

Du Wei’s death is part of the increased friction between China and the United States, marked by a growing confrontation of global technological and commercial leadership.

Featured image: Du Wei was appointed as China’s ambassador to Israel in February this year. Photo: The Republic