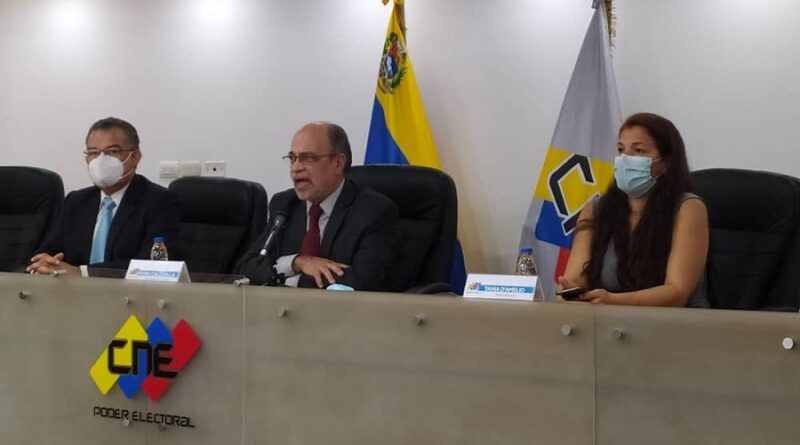 On Tuesday, June 29, the president of Venezuela’s electoral body, Pedro Calzadilla, informed that the National Electoral Council (CNE) has approved 20 new registered political parties which may participate in the November 21 elections.

”In today’s session of the board of directors, we have unanimously approved a total of 20 new party denominations, of them 8 are national level denominations and 12 regional denominations, which will be valid all the way to November 21,” stated Calzadilla.

The head of the CNE pointed out that with the incorporation of these new political parties, ”we are heading for an election with 42 national political organizations: 34 that already existed and 8 that have been approved today.”

In regard to regional parties, Calzadilla explained that a total of 64 organizations will participate on November 21, of which 52 were already in existence, plus 12 new organizations also authorized on June 29.

Calzadilla called this ”a great news.” It is ”an expression of the democratic will of the CNE to guarantee the widest possible participation in the electoral process,” he commented.

”This decision,” remarked Calzadilla, ”seeks to contribute to the broad national dialogue that is already underway in Venezuela.”

The head of the national electoral body added that ”we are bringing a new message and demonstrating that this electoral institution is absolutely committed to reaffirming our nation’s democratic path, our Constitution and its principles.”

Featured image: Pedro Calzadilla at the meeting of the CNE board of directors. Photo: CNE