This Sunday, June 27, the United Socialist Party of Venezuela (PSUV) experienced an unprecedented process of strengthening its internal participatory democracy. The PSUV bases had the opportunity to nominate freely, and according to a policy that guarantees gender parity to their candidates in the upcoming regional and municipal elections. As planned, more than 14,000 Bolívar Chávez Battle Units (UBCH) were organized in assemblies and began the nomination procedure previously defined by PSUV’s Electoral Commission.

In the final stretch of the day, the First Vice President of the PSUV, Diosdado Cabello Rondón, reported in a press conference that with 30% of the information processed there were 21,153 nominees. “Where do those names come from?” said Cabello, who is also a National Assembly deputy. “From the bases of our party. We will easily surpass 35,000 male and female candidates, according to our projections.”

“Until now we can speak of a transparent, clean process, of the highest consciousness and revolutionary sense,” he said, visibly optimistic and smiling. At the same time, he said that “the application process has been an extraordinary success, thanks to the conscience of our people. We have had an exemplary level of participation in assemblies of up to nine and ten hours.”

In addition, Cabello stressed that the numbers show that there is more female leadership than male. For example, in the case of candidates for governor, the party members nominated 2,361 women and 1,232 men. For the position of mayors, along the same lines, 2,946 women and 2,079 men were proposed. “That speaks a lot about the character of this Revolution,” said Cabello.

“We receive lessons every time there is an event of this nature,” he added. “What we are getting from these results are extraordinary things.” Cabello subsequently noted that “the right wing is afraid of the organized people.” 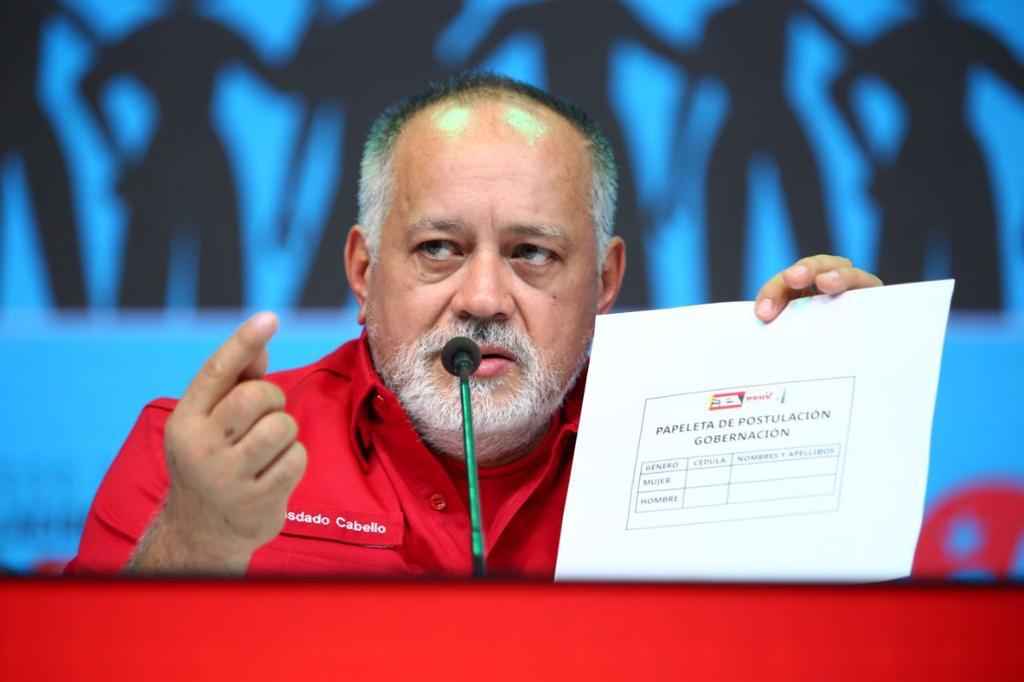 Complaints will be processed
The socialist parliamentarian assured that in general terms, “where there have been problems, it is because the bosses have been distracted and the UBCH maintained an overwhelming pace.” However, the complaints will be channeled accordingly, and “if someone used an advantageous position, they will encounter the regulation,” said Cabello. He reiterated that the process seeks to validate a leadership connected with the bases and that, following the competition of the primaries, party members have to return to the organized structure of the party, and embrace and support those that end up winning the nominations.

He said that “there have been cases of applications of people who work for their community but who are not from the PSUV, and now we are seeing if these people want to participate in our process”—although an enrollment process was launched before the process, registering more than 170,000 new party members.

Finally, Cabello added that “we are preparing for a great victory on November 21 and we will not leave any loose ends—we will not leave anything to chance. No, we are going to leave it in the hands of the organization, the conscience of the people, and the revolutionary quality of our candidates.”

The candidates with the highest number of votes will be measured in primaries on August 8. Those who do not advance to that second phase of the process must support those who obtained the votes.

Cabello updated the figure that is growing in real time as more records are tabulated: “We are loading and we have already reached 27,602 applications… And we still have less than half of the ballots processed.” 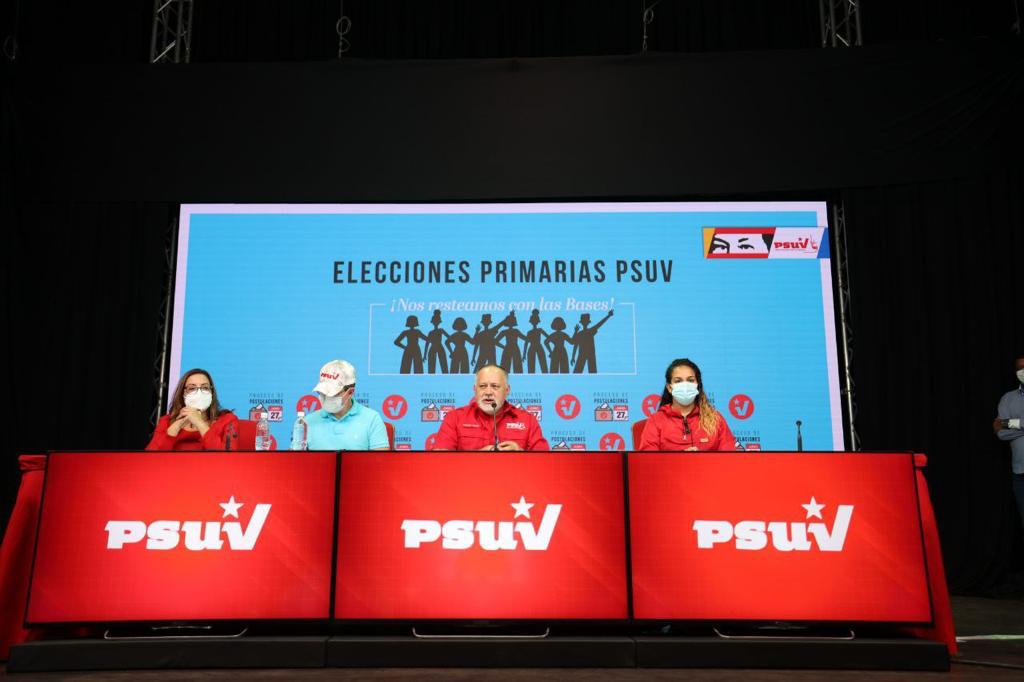 Throughout the journey, social media networks were a vehicle for the transmission of reports on the process in each UBCH of Venezuela.