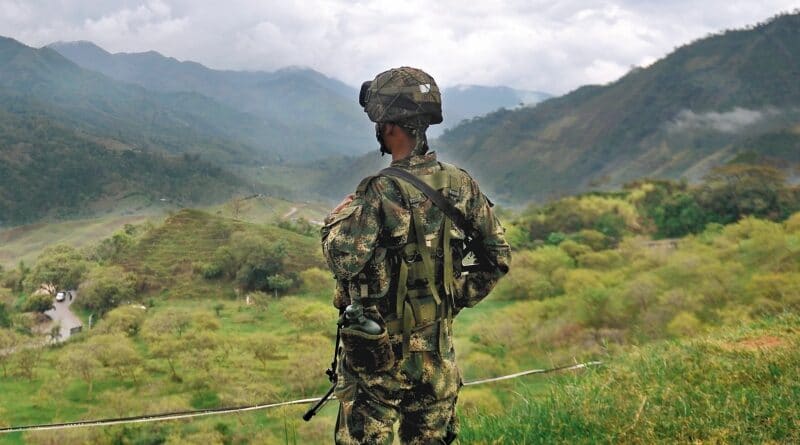 A military man identified as Juan Daniel Giraldo Trujillo, Lieutenant of the Colombian Armed Forces (FAC), revealed that the Colombian government knew of a military attack against Venezuela being prepared in Colombia and scheduled for May 2020. The purpose of the plan, Operation Gideon, was to overthrow President Nicolás Maduro and destabilize Venezuelan institutions.

This was confirmed by Giraldo, who participated in the capture of a deserter from the mercenaries who would participate in the coup attempt, in a report published by the newspaper Noticias Uno Colombia. Giraldo reported the details of the capture of Venezuelan deserter Jimmy José Montesinos Olivar, in which more than 30 cell phones and other equipment destined for the mercenary commando groups was seized. Although the Colombian government claims to be unaware of Operation Gideon, the evidence says otherwise.

The procedure
“The procedure began with a reply that I obtained from the Air Force radar that alerted me to the presence of a plane near the border,” the Colombian soldier explained. After the sighting of the aircraft, they captured Montesinos. He confessed that the seized cell phones belonged to Venezuelan military deserters who were planning a coup against Venezuela from Colombian territory. Hours later, despite the confessions and other evidence, Colombian authorities released Montesinos without charges. They claimed that his capture had been illegal.

RELATED CONTENT: Venezuelan Minister for Defense: 600 Soldiers have been ‘Contacted’ by Colombia

The same report revealed that on March 23, 2020, this military deserter had already been captured in the Ciénaga de Magdalena area for manufacturing and trafficking weapons. Curiously, that same day, in the same area, Riohacha police seized a vehicle with a large arsenal of military armaments that came from Barranquilla. Later it was found that these weapons were destined for the mercenaries who were training in La Guajira to enter Venezuela on the Macuto coast. All the evidence points to the fact that the government of Iván Duque and its armed forces knew about Operation Gideon.

What does the Venezuelan government say?
On January 31, through a public appearance from the headquarters of the National Assembly, the President of Venezuela’s Parliament, Jorge Rodríguez, displayed the statements of Juan Luis Gutiérrez Aranguren, recently detained for participating in the terrorist actions perpetrated in May 2020.

Testimonial videos released by Rodríguez showed, according to Gutiérrez Aranguren himself, that the terrorists were received in New Granada by officials of the Duque government. This evidence reveals the freedom of movement they had within Colombian territory. The terrorists were able to travel with military weapons, explosives and logistics necessary for the preparation of the paramilitary groups that would try to carry out the attempted coup against Maduro.