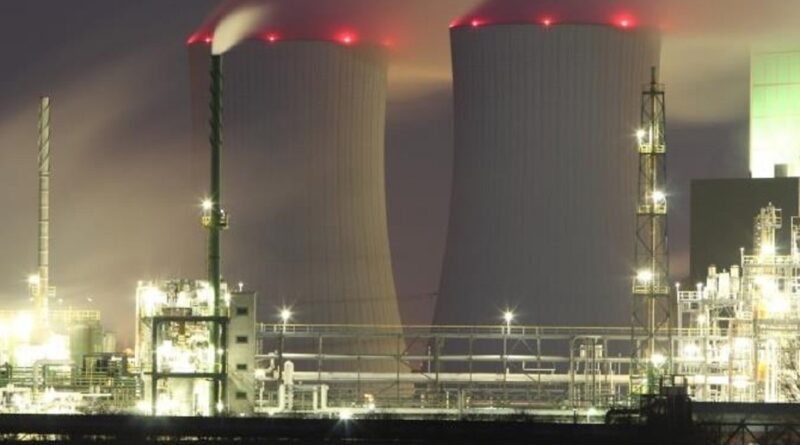 Fake news and distorted news about the ongoing Russian military operation in Ukraine have become prevalent in the Western and pro-Western media. This was evidenced once more when several media reports accused Russia of setting fire to the Zaporizhia nuclear power plant in Ukraine.

These reports were denied by the Russian Ministry of Defense, which clarified that on Friday, March 4, Ukrainian military units tried to start a fire at the Zaporizhia nuclear plant, located in the city of Energodar in south-east Ukraine. The power plant area is under the control of the Russian military personnel there.

Russian Defense Ministry spokesperson Igor Konashenkov stated, “The Kiev regime made an attempt to carry out a monstrous provocation in the area adjacent to the nuclear power plant.”

RELATED CONTENT: Greek in Mariupol Says ‘Fascist Ukrainians Would Kill Me, They Don’t Let Us Leave the City’

Konashenkov stated that while the Russian military patrolled the area adjacent to the nuclear power plant, at around 2 a.m. local time, a group of Ukrainian ultra-nationalists attacked the patrol by shooting at them from a building located in the peripheries of the plant.

Upon leaving the building, the saboteurs set fire to a building in the grounds of the Zaporizhia power plant. This plant is considered the largest nuclear power station in Europe, and is one of the 15 such plants in Ukraine, which relies heavily on nuclear energy for electricity.

“The personnel of the Zaporizhia Nuclear Power Plant continue to operate normally, to maintain the plant’s facilities and monitor the radioactive levels which are normal in the area,” added Konashenkov. This was corroborated by the International Atomic Energy Agency (IAEA).

Russian media outlet Sputnik refuted the claims published by many news networks that there had been Russian shelling of the plant. It explained that there were scuttles in the vicinity of the power plant after the Ukrainian military had placed armored vehicles at the entrance to the facilities.

Sputnik added that the fire indeed occurred but in an administrative building, which is not connected in any way with the nuclear power plant itself.

Did the fire cause any real damage?
The State Inspectorate for Nuclear Regulation of Ukraine confirmed that it took over the plant, and reported that the plant’s usual personnel continue to work on site.

The Ukrainian nuclear regulator informed that a projectile hit a training building causing a localized fire. It did not affect the safety systems of the plant’s six reactors, and that the radiation monitoring systems at the site remain fully functional.

The Ukrainian Emergency Service, for its part, informed that the fire had been controlled and that no victims or injuries had been reported.

All this information was confirmed by the IAEA, which highlighted that there were no changes in the radiation levels in the power plant nor did it affect any equipment at the plant. Quoting the Ukrainian nuclear energy regulator, IAEA informed in its website that of the plant’s six reactor units, Unit 1 was already shut down for maintenance, Units 2 and 3 underwent controlled shutdown, Unit 4 is operating at 60% power, and Units 5 and 6 are being held in reserve in low power mode.

The IAEA Incident and Emergency Center (IEC) has been put in full response mode, informed the UN body, adding that the IEC will be manned around the clock to continuously receive, assess and release information about developments at the site.