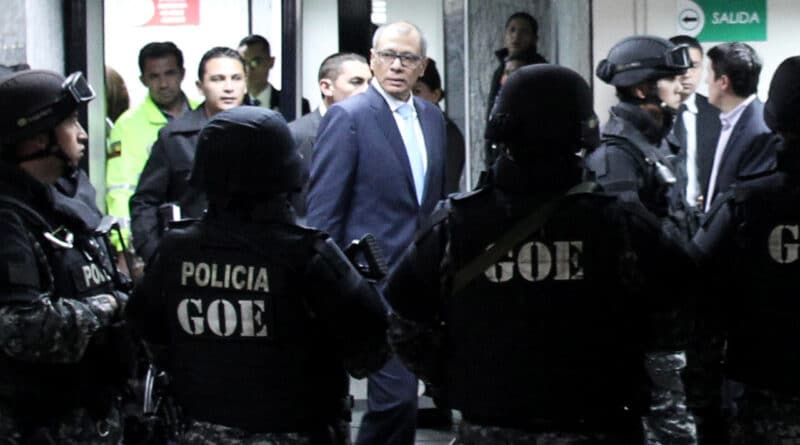 Former vice president of Ecuador, Jorge Glas has tested positive for COVID-19, reported the Radio La Calle website. The website also contacted the National Service for Comprehensive Attention to Adults and Adolescents in Conflict with Criminal Law (SNAI) and confirmed that he has not yet been transferred to a care center.

“Jorge Glas has not yet been transferred, he is being monitored by health personnel. They have done the tests and are waiting for the results,” SNAI said to Radio La Calle.

Glas, who was sentenced a few days ago to 8 more years in prison for alleged crimes that were never proven with evidence, is one of Lenin Moreno’s major political targets along with a large group of former officials from Rafael Correa’s administration.

RELATED CONTENT: The US’s Idea of Diplomacy with Ecuador is a Multibillion-Dollar Loan Trap

Jorge Glas has been sentenced to a total of 22 years of incarceration, as he was “accused” in the “bribery” and “Odebrecht” cases. Until now there is no information about his current state of health or the treatment that he will receive.

According to the newspaper La Hora, Glas “was transferred from the Cotopaxi prison to a health care facility due to respiratory complications.” This information has not yet been confirmed by Glas’s lawyer, Harrison Salcedo, who confirmed earlier that his client tested positive for COVID-19.