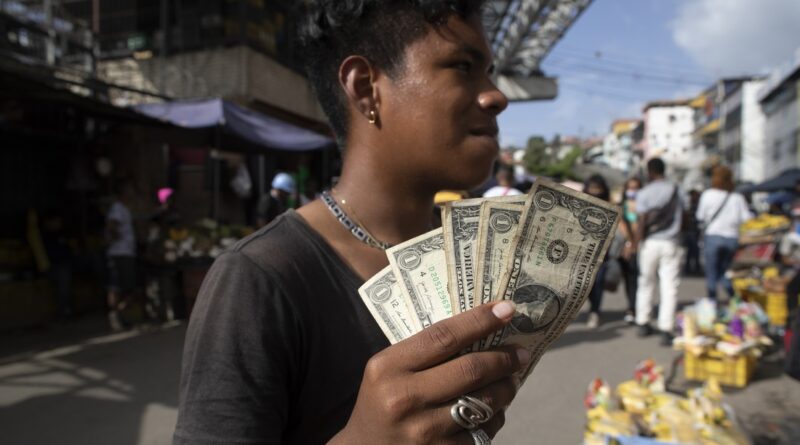 Venezuela has been going through years of a hyperinflationary cycle that seems to have no end, which got exacerbated with the economic blockade imposed by the US and the sanctions of the European Union (EU). This has created a content in which the quality of life of its citizens is pressured to the limit, deteriorating their purchasing power and increasing inequality.

However, the sudden price increases that were recorded from time to time in the parallel foreign exchange market in regard to the national currency, bolívar, are no longer so frequent.

Given this recent scenario, which has also been noted by the Central Bank of Venezuela (BCV) in its published reports, there is a growing hypothesis that infers that the hyperinflationary process has already passed its worst moment, and that it would come to an end at some point. Is that possible?

When consulted by RT, Ingerzon Freites, economist and member of the Venezuelan Economic Reality Observatory [Observatorio Venezolano de la Realidad Económica] said that there are still no clear signs that may indicate the end of hyperinflation in Venezuela. The latest data published by BCV on the National Consumer Price Index (INPC) in May 2021 reported a 28.5% rise compared to the previous month, when it was at 24.6 %. The figures of the increases for the first quarter of the year have been: January 46.6%; February 33.8%; and March 16.1%.

Freites considers that although inflation has slowed down, ”there are still no guarantees which might suggest that there is now an end in sight to the fluctuations and cycles of price instability.” Moreover, the country still needs to reach the last quarter of the year, when INPC tends to rise fast.

Contending Factors
Currently, the Venezuelan government has been carrying out a series of actions through the executive branch as well as other measures from the parliament, such as the enactment of new laws, like the Anti-Blockade Law and the proposed Special Economic Zones Law (which has been approved in its first deliberation). However, Freites warns that there are still a number of factors that negatively affect the economy, and one of the most decisive ones is low national production.

”Although the government is making an effort to control liquidity injection, there are other factors that continue to influence the economy, low production for example, and this means that any increase in liquidity can generate inflation,” Freites explains. On the other hand, he continues, when national production is higher and there is an increase in circulation of money in the market, the former absorbs liquidity and prices do not skyrocket.

Another factor that affects the national economy, according to Freites, is the lack of a macroeconomic adjustment plan that could generate investor confidence and propitiate the attraction of capital.

Freites also asserts that ”the current political situation”—characterized by the antagonisms to the institutions of the country and the opposition coup attempts—”influences a lot.”

”Such things are evaluated by the transnationals which take into account the stability of institutions,” explains Freites. ”Additionally, there are also the limitations regarding energy and services, such as electricity, gasoline, gas and water, which are essential for production and increase in production.”

What is being done?
What the government is doing now, says Freites, is ”opening up the market in favor of private capital,” and this has substantial differences with the social economic model that was promoted in the early 2000s.

”Obviously there is an opening of the economic model,” indicates Freites, and asserts that advice from Chinese companies has had to do with this change in perspective. The change in objectives would be aimed at restoring confidence in the productive apparatus so as to attract investors, through ”incentives like low tax rates and some relaxations in labor laws.”

Moreover, the Venezuelan government has promised to recover the national productive framework, rescue oil industry productivity as well as the salaries of public employees, who currently receive different types of monetary bonuses to try to balance out their salaries.

How to create investment conditions without affecting workers?
The situation is quite difficult for the government, Freites argues, as it has to build trust so as to attract capital without violating workers’ rights. In fact, the president of Venezuela, Nicolás Maduro, has urged parliament to intensify internal debates on the controversial points of the draft of the Special Economic Zones Law.

”In the conditions in which we are, it is very difficult to offer guarantees to investors,” explains Freites. ”In Venezuela investments are needed, irrespective of how they come. The government has a hot potato in its hands which would not allow it to set many demands.”

Consequently, Freites considers that Venezuela’s option would be to go through a ”period of certain extreme capitalism conditions” that would allow it to ”accept investments as they come and then, little by little, adapt as production rises and tax collection increases and the state coffers get bolstered.”

Once a certain point is reached, Freites asserts, ”the State should once again try to reconfige the whole issue of working conditions.”

For example, explains Freites, it would be difficult to impose a minimum wage of $300 to an investor who arrives despite all the risks that exist in Venezuela. Precisely due to this reason, the government faces the challenge of ”balancing the two scales: that of the investors and that of the social contracts.”

However, Freites points out that some business-owners in the commerce and service sectors have begun to generate a certain dynamism in the economy, by ”insipidly” creating ”foreign currency bonds that tend to compensate for the lack of social and labor conditions.”

How to get out of the quagmire?
Freites explains that three years ago, in 2018, the Venezuelan government launched the ”Recovery, Growth and Economic Prosperity Program,” a plan that, according to Freites, ”had proposals linked to economic issues that could allow some stabilization.”

”So, what happened back then?” Freites continues, ”All the proposals were not applied, and those that were, had been applied at the wrong time. That further deepened the problem.” Now, he says, a similar macroeconomic plan is needed which should be rigorously applied.

However, Freites believes that at present there are two elements that may help improve the economic situation: the elections and the possible relaxation of sanctions.

”One of the factors that should play in favor is the elections,” contends Freites. ”It is a real opportunity to generate confidence in the Venezuelan economy for investors and companies.”

Regarding the possible relaxation of sanctions, Freites states that it would be favorable ”because international investors would have more guarantees when it comes to investing capital in Venezuela.”

Freites highlights that the sanctions have scared away a large number of foreign investors, who have preferred to stay away so as not to run the risk of being punished by the sanctioning countries.

”There has been an over-compliance with sanctions,” adds Freites. ”Many investors, despite not being within the sanctioned sectors, do not invest in Venezuela for fear of the US government.”

In this context, the incipient dialogue between the government and the opposition, and the recent renovations of public institutions are steps that—if successful—can reconfigure the economic outlook of the country in the coming months. However, the frictions between the executive and the extreme right anti-Chavista wing, amid allegations of conspiracy and coups, could put at risk the long-awaited stabilization in the short term.