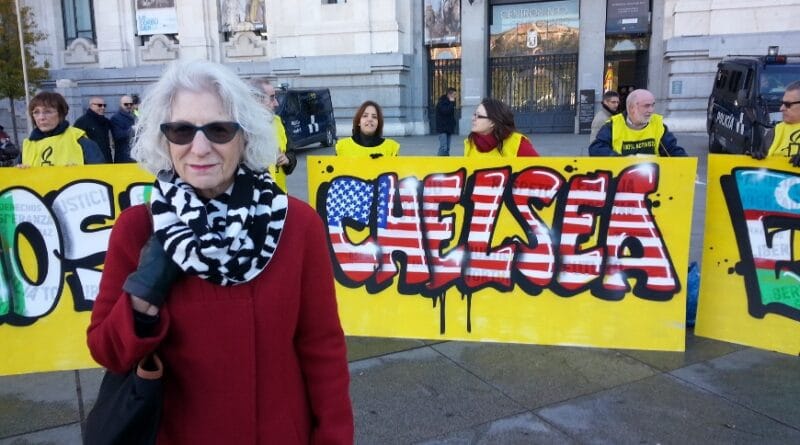 In an interview with journalist Caleb Maupin, the renowned US lawyer and specialist in international criminal law Nancy Hollander was forceful in stating that Alex Saab’s case “has implications for any country that is sanctioned, and there are a number of them.” For Maduro’s government in particular, she added, “it has implications for the US’s constant efforts to overthrow it,” which is why she considered the arrest of anyone with diplomatic immunity as a “very bad precedent.”

Hollander, who is also a consultant specialized in criminal procedures in Europe, stressed that the ruling of the Economic Community of West African States (ECOWAS) Supreme Court, in favor of the release of Ambassador Saab, has also been ignored.

Nancy Hollander is an internationally renowned criminal defense lawyer specialized in criminal law, international law and human rights with almost 50 years of professional experience representing clients in important global cases including that of Chelsea Manning, and Guantanamo prisoners Abd Rahim Al-Nashiri and Mohamedou Ould Slahi, the latter released due to her work after 11 years of illegal detention, providing the inspiration for the recent film The Mauritanian.

Sanctions against Venezuela
The famous US lawyer made it clear that Saab’s arrest is part of the policy of illegal “sanctions” and economic blockade against Venezuela, for which “the US found an opportunity and seized it, to get Alex Saab and get him into south Florida.”

Hollander, who defines herself as a “staunch defender of the US justice system,” emphasized nevertheless that, for the US, “anyone who manages to get passed the sanctions is violating the sanctions.” Likewise, she noted that “any time money become [US] dollars—and it’s very difficult for money to travel through international streams without becoming a dollar—but if it becomes a dollar the US believes it has jurisdiction.”

Torture suffered by Alex Saab
In this sense, the lawyer with a long career in criminal law, acknowledging herself to be already part of Saab’s legal defense, argued that if the extradition finally is granted she will fight it, and not let the US system put him in a detention facility in southern Florida, because there he will probably face solitary confinement which “in itself is torture when it lasts more than a few days.” She also recalled that Alex Saab is a Venezuelan diplomat and therefore has immunity, which has been ignored by the Government of Cape Verde during his illegal detention, despite the controversy around him being abducted without an INTERPOL Red Notice, as it allegedly arrived only the next day.

“What matters is that he should not be extradited,” continued Hollander. “He should be released. That’s what the African court held, that’s what foreign bodies are saying. It’s only the US of course that wants him extradited. And there’s a lot about this that’s a little bit slippery. When did the Red Notice get there? Was it that day, or the day after? It certainly appears to be the day after. Why was he held if there was no Interpol Red Notice out for him? So there are a lot of issues, but I believe the main one is that he had diplomatic immunity. Clearly he was on a mission… This is the US using the long arm of its law, as it tries to do around the world.”

She also mentioned that there is proper documentation providing evidence that Saab was a diplomatic special envoy appointed by the Venezuelan government, as well as similar recognition of his role by the Iranian government, making it very clear that his diplomatic immunity is not in question.

Alex Saab, humanitarian emissary for Venezuela
“Alex Saab is a businessman, and he’s also close to the government,” the lawyer highlighted. “In this case, he took on the duty of getting medicine. This was right when COVID started, and Venezuela needed medicine, obviously, for its people, and humanitarian goods, and this was a humanitarian trip to Iran to get what Venezuela needed. I don’t think there’s any question about that.”

Hollander recalled that Cape Verde is a common place for frequent refueling for long-distance trips, so apparently “it was the Cape Verde authorities who had to have notified the US.” Without diminishing the importance of this action, she reiterated that the most decisive thing is his release, based on the ECOWAS ruling and the opinion of international organizations.

She concluded the interview by saying that the legal team will fight for justice in all scenarios, but that for now they still have one card to play in Cape Verde, the Constitutional Court. She is hopeful that it will do the right thing and release him.