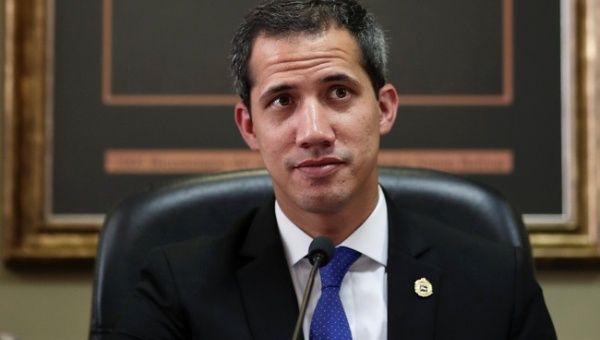 The Venezuelan opposition deputy boasted that his pressure on the government of President Nicolás Maduro prompted the Red Cross to deliver aid to the Bolivarian Republic.

Juan Guaido of the Venezuelan opposition took to Twitter Tuesday to take credit for the humanitarian aid delivery that was provided by the Red Cross to the people of the Bolivarian Republic.

RELATED CONTENT: Meet the Team of Venezuelan Technologists Who Saved Babies’ Lives in the Middle of the Crisis (Video)

Guaido boasted via his Twitter: “They lied to Venezuela and the world, denied the emergency and denied aid to a town that asks for food and medicines. But before our pressure and firmness, they had no choice but to accept it. That’s why, today #EntraAyudaHumanitaria. Come on!”

The Venezuelan opposition deputy -self-proclaimed as interim president- had previously attempted to have ‘aid’ delivered by the U.S. authorities from the Colombian border, but it was rejected by the government of the Bolivarian Republican after they refused to show the contents and because they want it to be delivery by force not recognizing the constitutional government of Nicolas Maduro.

However, President Maduro stated that he is not opposed to humanitarian aid deliveries as long as they are not politicized and highlight that Venezuela have been doing so in recent month due to the radicalization of US sanctions with countries such as China, Rusia, Turkey, Cuba, India, among others.

Venezuela and Cuba are currently under a harsh economic blockade that has been led by the United States and their allies.

U.N. Security Council members like Russia and China have greatly aided Venezuela during this blockade by not only delivering humanitarian aid, but also assisting the country on the international scene.