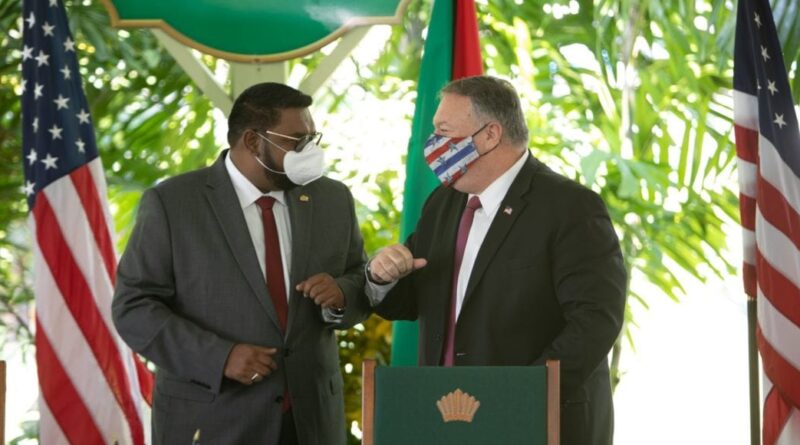 This Monday, September 21, at the High Level meeting of the United Nations (UN) assembly, the president of Guyana, Mohamed Irfaan Ali, reproached the coercive sanctions that the United States applies to developing countries, such as Venezuela, thus stopping its development and internal political dialogue.

“We also reaffirm that the imposition of unilateral coercive economic measures against developing countries is an obstacle to socio-economic development and dialogue between countries, we have to do everything possible to fulfill our obligations to the peoples of this world,” said Irfaan Ali.

In his speech, the Guyanese President on behalf of the G77 and China promised to strengthen solidarity to address the Covid-19 pandemic, “to commit ourselves to advance the 2030 agenda and reaffirm alliances between peoples.”

The comment of the President of Guyana comes after the Secretary of State of the United States, Mike Pompeo, made an interfering and conspiratorial tour of the region and with Caracas in his sights, which included Suriname and Guyana, also Colombia and Brazil, the last three neighboring countries of Venezuela.

Prior to Pompeo’s visit to Guyana, Washington threatened to impose sanctions against Guyana due to the unprecedented delay of three months in announcing the presidential election results in that country. During the visit Pompeo and Ali signed agreements for joint military patrols according to news agencies, constituting a clear provocation against Venezuela.