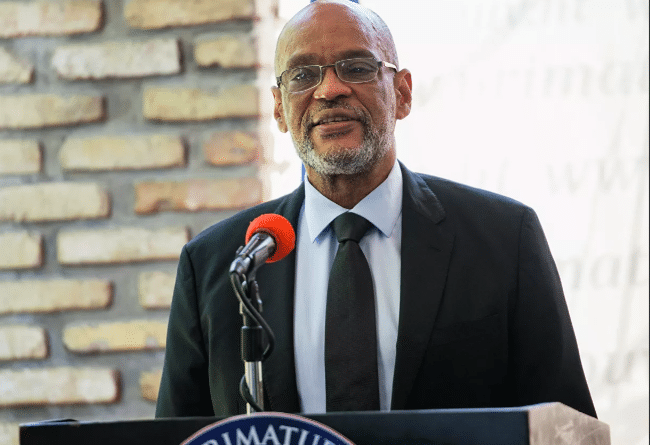 On Tuesday, September 14, the prosecutor of Port-au-Prince, Bedford Claude, issued an ordinance banning Haitian Prime Minister Ariel Henry from leaving the country, for his alleged involvement in the assassination of former President Jovenel Moïse. Claude has sent a letter to the Directorate of Immigration and Emigration with this interdiction.

Claude’s letter, which is circulating on social networks, reads: “Mr. Ariel Henry… is prohibited from leaving the national territory by air, sea and land due to the serious accusations in regard to the assassination of President Jovenel Moïse.”

RELATED CONTENT: Assassinations and Invasions – How the US and France Shaped Haiti’s Long History of Political Turmoil

Claude’s letter was issued on Tuesday, September 14, the same day that Henry had to appear before the Prosecutor’s Office to “clarify” the calls he made to Joseph Felix Badio, a lawyer suspected of participating in the planning of Moïse’s assassination.

In addition, Prosecutor Claude has asked Judge Garry Orélien to investigate Prime Minister Ariel Henry in relation to the assassination of president Moïse.

Digital news platform Vant Bèf Info informed that “the Government Commissioner at the Port-au-Prince First Instance Court, Bedford Claude, has just released his supplementary indictment as part of the investigation into the assassination of President Jovenel Moïse and calls for an investigation into Prime Minister Ariel Henry.”

Claude has asked Henry to report to the Prosecutor’s Office and collaborate with the investigation, although the prime minister has not done this so far.

Discrepancies between senior officials have increased in recent weeks, as media have reported that the prime minister had fired prosecutor Claude, Minister for Justice Rockefeller Vincent, and the Secretary of the Council of Ministers, Rénald Lubérice.

None of the latter have offered statements on the matter, although Lubérice suggested on his Twitter account that his removal was illegal.