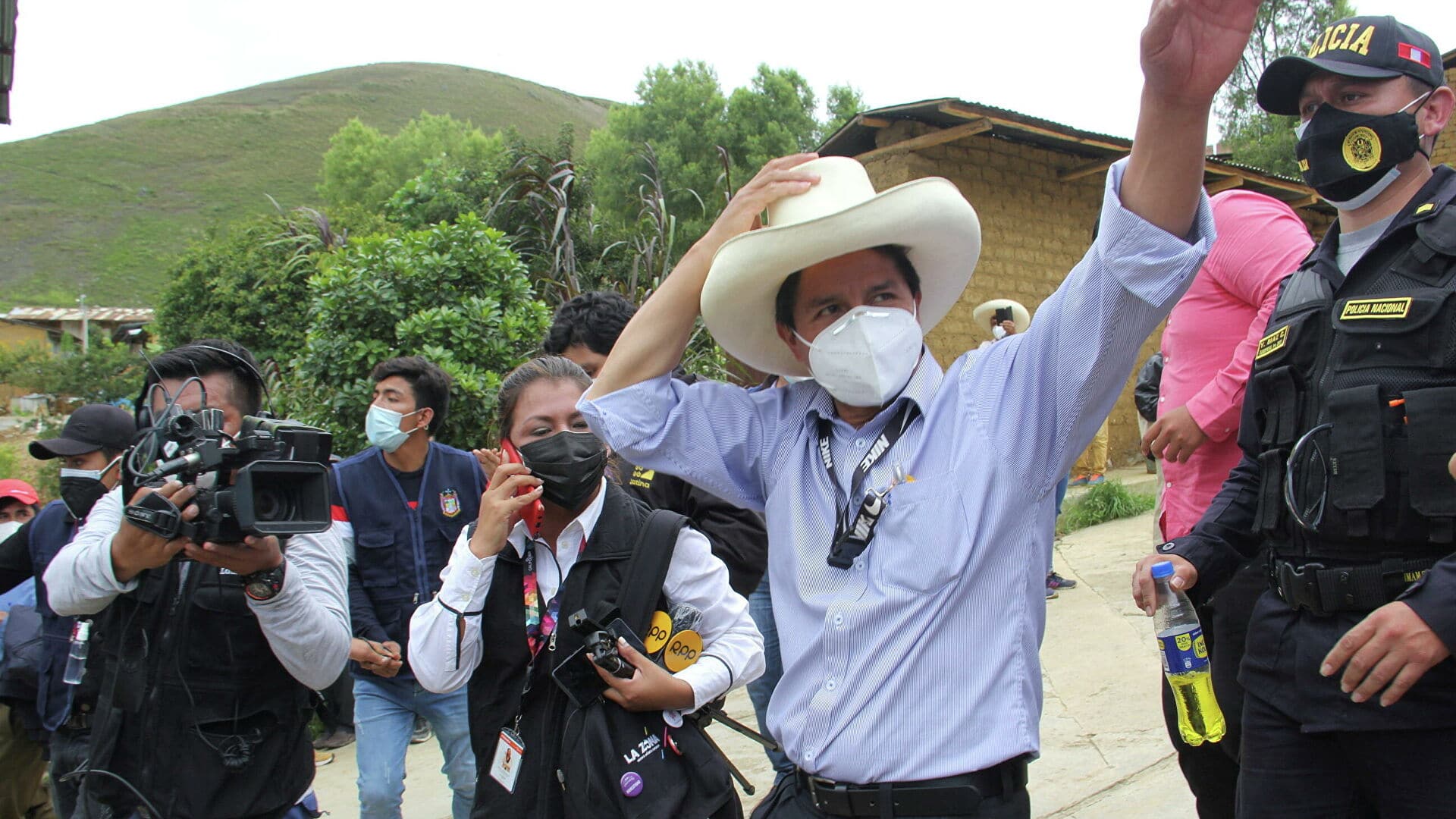 LIMA (Sputnik) – The candidate for the presidency of Perú, Pedro Castillo (Peru Libre, left), warned the president of Venezuela, Nicolás Maduro, not to try to intervene in the politics of his country.

“I would like to, in the case of Venezuela, openly tell Mr. Maduro that, please, if there is something he has to say concerning Perú, that he first fix his internal problems; that he come and take his compatriots who have come here to commit crimes,” Castillo said on local radio station Exitosa, in a xenophobic tone characteristic of some Peruvian politicians.

He also indicated that, if he wins the presidency, he will issue a decree giving 72 hours for the foreigners who “have come to commit crimes” to leave.

Castillo made these statements despite the fact that Maduro has not yet spoken about the Peruvian elections. Generally, if Maduro does comment on regional elections it is in response to attacks or intrusions into Venezuelan internal affairs.

Controversy has arisen in Perú after the former president of Bolivia, Evo Morales (2006-2019), expressed his support for Castillo’s candidacy on April 20.

“We salute and express respect and admiration to Pedro Castillo of Perú who has a program similar to ours: peaceful democratic and cultural revolution, defending natural resources, and promoting a Constituent Assembly for the benefit of the people so that there is social justice,” wrote Bolivia’s ex-president on Twitter.

Many social leaders and leftist politicians have questioned Castillo’s stance on social issues such as abortion or LGBTQ issues, and view his ideals as regressive.