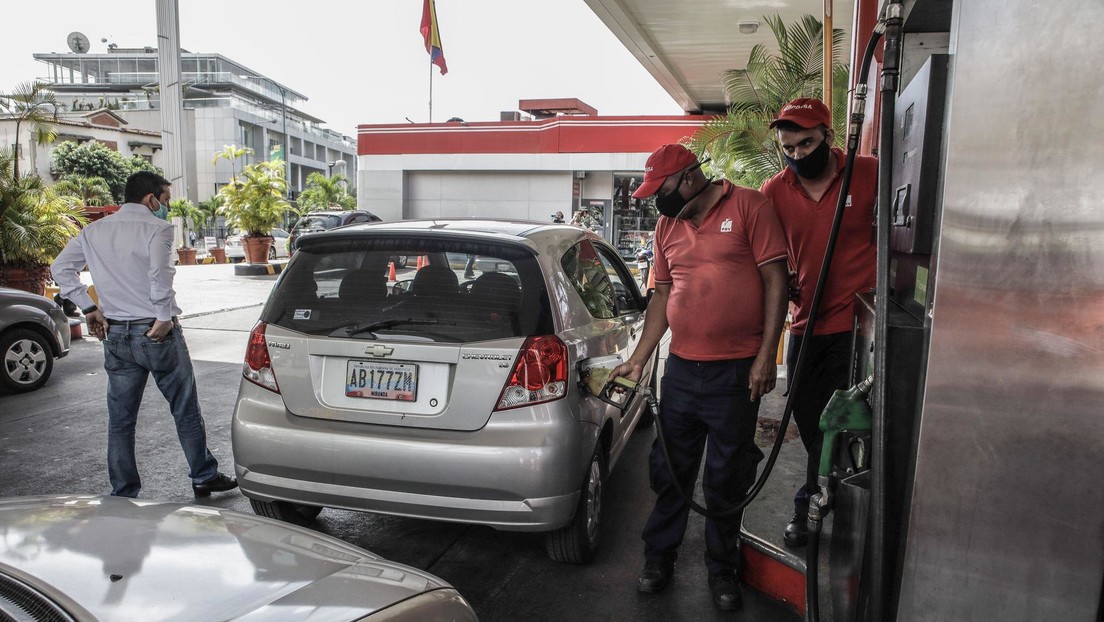 For more than a decade, the technologist José Gregorio Jiménez has been working on this alternative that could reduce the costs of gasoline production by up to 70%, in the midst of the privations caused by the economic blockade.

Curiosity led a Venezuelan to become interested in a fetid and poisonous liquid that emerged from the pressing of cassava, a tuber native to South America and popular in traditional cuisine. After experimenting in his laboratory, Jiménez verified that he could obtain biofuel from this substance, which is usually discarded.

José Gregorio Jiménez is a grassroots inventor who was born in the state of Carabobo, in north-central Venezuela, where one of the main Venezuelan industrial parks is located and a good part of the agricultural production is concentrated. He graduated as a university technician in electronic technology.

His proposal to generate non-fossil fuel with the waste of cassava (also known as yuca and manioc) has earned him widespread recognition and personal satisfaction. However, the application of his process, which could lower costs by as much as 70% in comparison to gasoline production, has not been extensive in Venezuela. Jiménez remains confident that, given the complex situation of the US and European economic blockade—which make it difficult to import technology into Venezuela, including the inputs required to produce gasoline—his project could be revived.

First the cassava
To understand how cassava-based ethanol is produced, it is necessary to first speak about the preparation of ancestral Indo-American food that is made with this tuber: cassava cakes, a crunchy, flat, unleavened cake made from a variety of bitter cassava.

RELATED CONTENT: Minister for Defense: ‘Venezuela Has Transformed the Siege into an Opportunity for Innovation’

In Venezuela it is the staple food for several indigenous peoples, both in the north and south, and is consumed in great quantities by a good part of the population. Its manufacture can be handmade or industrial.

To obtain the cassava cake, the tuber must be first grated and pressed. After this process, the cassava loses between 60 and 80% of its volume and releases a milky, bitter, starchy substance with a foul odor.

The liquid that emerges, called yare, is poisonous, because it has a high content of cyanide. Because it cannot be used, it is discarded and dumped into septic tanks, where methanol, a greenhouse gas, is produced.

From poison to ethanol
For the yare to be transformed into ethanol, filtration is carried out, followed by pasteurization, to eliminate the bacteria that are naturally found in the liquid. Subsequently, an enzymatic process or enzymatic hydrolysis is carried out, which is the “industrial secret,” the special technique, that Jiménez discovered.

After enzymatic hydrolysis comes hydrolyzation, which subdivides the molecules of the substance. Then, the starches present in the yare are transformed into primary sugars such as glucose and sucrose.

“These two types of sugars react or ferment with yeasts, which are used for beer or bread, and cause them to transform into alcohol and carbon dioxide,” says the inventor.

An unexpected discovery
Jiménez clarified that he is not a chemist and that he had to learn what was needed in order to carry out his project. Like so many other inventions in history, the discovery of “Yaretanol” was accidental.

He recalls that in 2006, during a visit to the Campo de Carabobo area, in his home state, he and a friend arrived in the El Rincón sector, where cassava cakes has been made for more than 100 years. In that place he was able to see the complete process of how it was produced by hand.

Seeing and hearing about the yare, he asked for a sample. From there he began his research, which has been going on for about 14 years.

Ethanol without corn
Jiménez’s proposal to produce biofuel is fundamentally different from the production of ethanol derived from corn. The bitter cassava variety is not edible and is an agro-industrial waste, while corn is one of the most important foods in the world, and its use for biofuel production has a detrimental impact on food prices.

It is not only the tuber that gives rise to the cassava cake that is a candidate for the generation of ethanol. The researcher has done many tests “because the idea is not to do it with the food but with its waste.”

As an example of inputs for fuel of vegetable origin, he speaks of small potatoes, which are discarded by farmers because they do not have the required size or quality; carrots, beets, and any by-products that have sugar or starches.

In addition, he is testing algae, both freshwater and saltwater, also to produce food and biodiesel.

Why doesn’t the project start?
Jiménez states that his project has stages of development, start-up, and consolidation. Although he has already been working on it for more than 10 years, he has not achieved its large-scale application.

“We come from a country that depends on oil, so creating a similar component that replaces gasoline is competition against a company that dominates many areas,” he said.

Another issue that presents challenges is the budget, since the cost of an ethanol production plant that supplies the country cannot be financed by one person. “This is a state project, and I am willing to sit down with President Maduro so that we can apply it in the country of origin,” Jimenez said.

The inventor asserts that, years ago, the current needs did not exist, and that the current situation is an ideal opportunity in which to develop it. “It is not a personal project,” said Jiménez. “The idea is that it be applied here, with the participation of allied countries, because it requires a significant investment to generate a renewable source of biofuels and food.”

How much would the proposal save the country?
Faced with an economy crisscrossed by sanctions and the blockade of Venezuelan state accounts abroad, which makes it difficult to purchase machinery and spare parts, Jiménez explains that the advantage of his proposal is that it has been fully developed in the South American country. This includes enzymes, equipment, and distillation plants, among others. “Everything has been perfected without needing any type of imports,” Jiménez said.

Ethanol costs 70% less to produce than gasoline, and can be used as a fuel additive on a scale from 10% to 50%.

In addition to the generation of fuel, the flour used in the cassava sector would be produced, which would be used for human and animal consumption.

“It is a product that is 100% friendly to the environment, which generates a 50% drop in carbon monoxide emissions and an improvement in vehicle performance, because it raises the octane,” Jiménez said.

He affirms that in addition to reducing carbon dioxide emissions, this greenhouse gas could be captured by planting multiple hectares of cassava and other products to generate ethanol.

“It is a practically inexhaustible product, because it is 100% renewable, and Venezuela has a fairly large territory very fertile for cassava, where 75% of the country can be used to plant cassava and other crops.”

Acknowledgments
Jiménez has received recognition both inside and outside the South American country. The first, obtained in Venezuela, was the Prize of the Institute of Advanced Studies (IDEA) in 2008. A year later he was awarded the Luis Zambrano National Prize for Popular Technological Invention.

His project has also been distinguished in cities such as Bogotá (2009); Amsterdam (2010), where he came in third place at the World Biofuel Congress; and Dubai (2011), where he was awarded the Good Practices to Improve Living Conditions award in 2011.