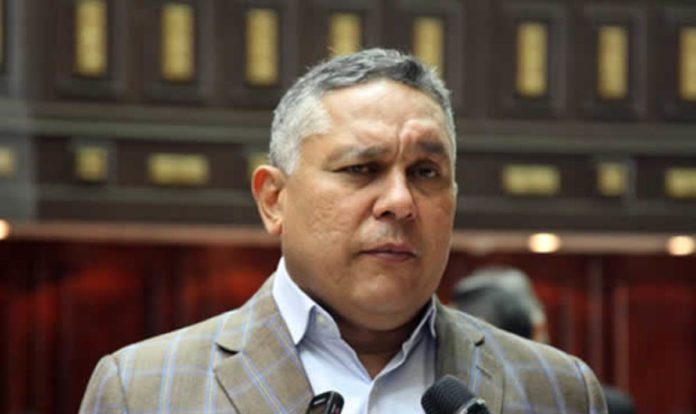 The United Socialist Party of Venezuela (PSUV) parliamentarian Carreño had strong words for the position taken by Figuera against the discourse and the political guidelines of the PSUV, even while Figuera insists that he supports the revolutionary interests.

For several months, Oscar Figuera has presented himself as a “critical voice” in national political debates. However, Chavismo political elements noted that the positions taken by the PCV representative are frequently aligned with the positions of the national right, and even with the proposals of “imperialism.”

Divergence and dissent
One of the points of contention that arose last year was the discussion and approval of the Anti-Blockade Law, promoted by the Venezuelan government to provide flexibility for trade under the difficult conditions imposed by Washington’s unilateral coercive measures.

At that time, Congressman Carreño also repudiated Oscar Figuera’s position. He said that the argument of the PCV politician coincided with the accusations of the dissident and fugitive from justice, Rafael Ramírez, who described the legal instrument as the “looting law.”

In addition, Figuera has directly stated that he has irreparable differences with the government of President Nicolás Maduro.

For this reason, Figuera accused Maduro’s administration of promoting “a project, which has been growing for several years, of a total decline in popular and worker conquests, including sovereignty.”

“Leftists uproar”
Carreño’s controversial comments ignited an indignant uproar among Venezuelan “leftists” who criticized his comments, which were aired on public television although Figuera’s speech was not broadcast by any public media. On the other hand, the PCV often uses its international communist network to discredit or launch international campaigns against the Bolivarian Revolution.

Carreño is a polemic veteran PSUV politician with connections to Venezuela’s military, and a retired military officer himself, expelled after participating in the military rebellion led by Hugo Chávez against the government of Carlos Andres Perez in 1992.

Many analysts believe that PCV’s constant criticism of Maduro’s administration—accusing it of making pacts with local and international capital or attacks against labor movement—are unsubstantiated, and in the best case scenario distorted. Figuera repeatedly fails to place PSUV economic decisions in the larger context of the great economic crisis created in Venezuela by illegal US and European Union sanctions.

Most recently the PCV denounced an alleged violation of the political rights of his party’s candidate for Mayor of Caracas, Eduardo Saman, after the National Electoral Council (CNE) excluded him from the nomination system hours before the end of the nomination deadline for the upcoming regional elections, scheduled for November 21. The official reason for the exclusion, according to CNE, was that Saman was rejected based on condition number eight, meaning an objection by the Supreme Court or the Comptroller’s Office.