Nicaragua, through its foreign affairs minister, announced that it will not vote for Argentina for the pro-tempore presidency of the Community of Latin American and Caribbean States (CELAC).

The government of Alberto Fernández has been critical of Nicaragua’s government, and has even accused it of violating human rights, in clear alignment with the interventionist narrative of the United States and European Union.

RELATED CONTENT: Nicaragua at a Revolutionary Crossroads and in Imperialist Crosshairs

“Nicaragua expresses that it must irrevocably represent the sovereignty of the Latin American and Caribbean peoples with our firm position of not supporting Argentina for the presidency of CELAC,” said Foreign Affairs Minister Denis Moncada. 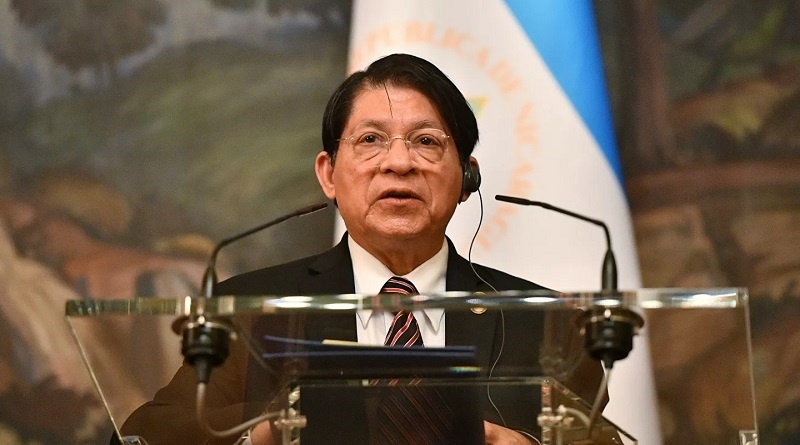 For the Nicaraguan foreign affairs minister, Argentina has ignored the principles of CELAC, due to President Alberto Fernández’s declarations in favor of working with the US government to solve Nicaragua’s problems.

“Argentina became an instrument of imperialism by subordinating itself to its interests, intervening in a vulgar and offensive manner, and in open collusion with Washington,” said Moncada.

The foreign minister also pointed out that the United States and Argentina have tampered with the sovereignty of Nicaragua on various occasions, which has met with a response from the Nicaraguan government and people.

In addition, in a conversation with the Sputnik news agency, Minister Moncada stated that the EU is carrying out a campaign that seeks to destabilize Latin America.

This Saturday, Mexico will host the 6th CELAC Summit of Heads of State and Government. Its organizers expect 17 heads of state to attend, in addition to foreign ministers and top-level authorities representing CELAC’s 33 member countries.