Caracas-born Clara Fuentes debuted with honor at the Tokyo 2020 Paralympic Games, earning the bronze medal in the 41-kilogram division of paralympic powerlifting at the international competition in the Japanese capital, at dawn on August 26. Fuentes’ bronze is the first medal for Venezuela in this edition of the Paralympics.

Fuentes, 24 years old and fourth in the world rankings, started with no movement on the bench with 97kg on the bar—weight that she lifted on the second attempt and that ultimately secured her the bronze medal.

In her third lift, the Venezuelan, holder of the continental record for her division, could not surpass the 99-kilogram mark. For a time she was located in second place but Indonesian Ni Nengah jumped from 96 kilogram to 98 kilogram to take the silver medal.

“Venezuela, I am immensely happy to be able to give you this first bronze medal,” said Fuentes from Tokyo. “It is a gift for my country, for my people, and for my family. I’m excited. We have sacrificed a lot in our lives for this.” 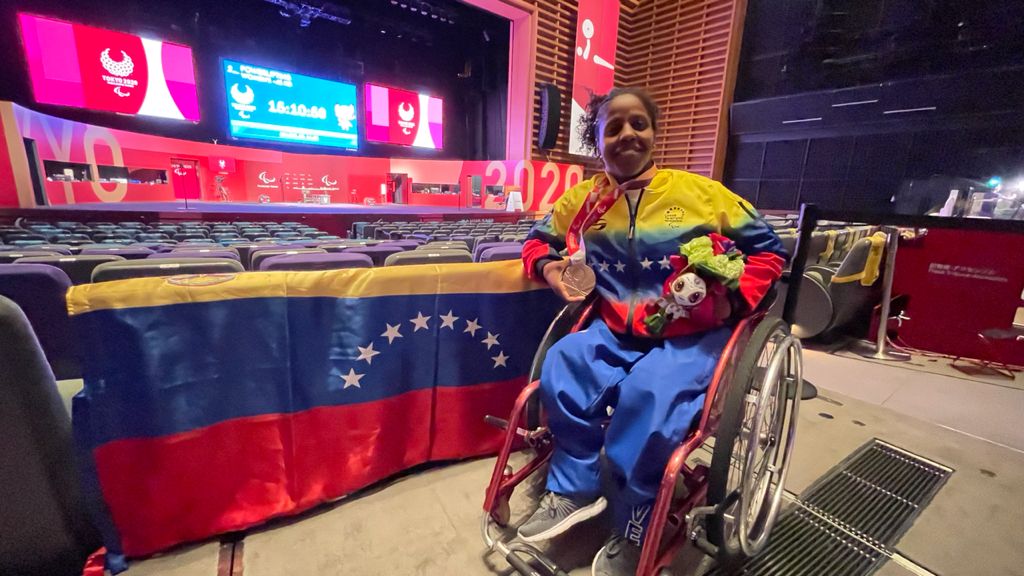 Clara Sarahi came into the world with multiple congenital arthogryposis, a syndrome characterized by contractures and stiffness in multiple joints, not progressive, appearing in the prenatal period, and present at birth.

When she was born, a sudden movement of her legs by the doctors caused a fracture of the tendons in her knees, which forced her to make her way through day-to-day life with a wheelchair.

“I’m super excited,” said Fuentes. “I don’t even know how to say it. It is the first medal in my sport and I’m sure we’re going to give them many more successes.” 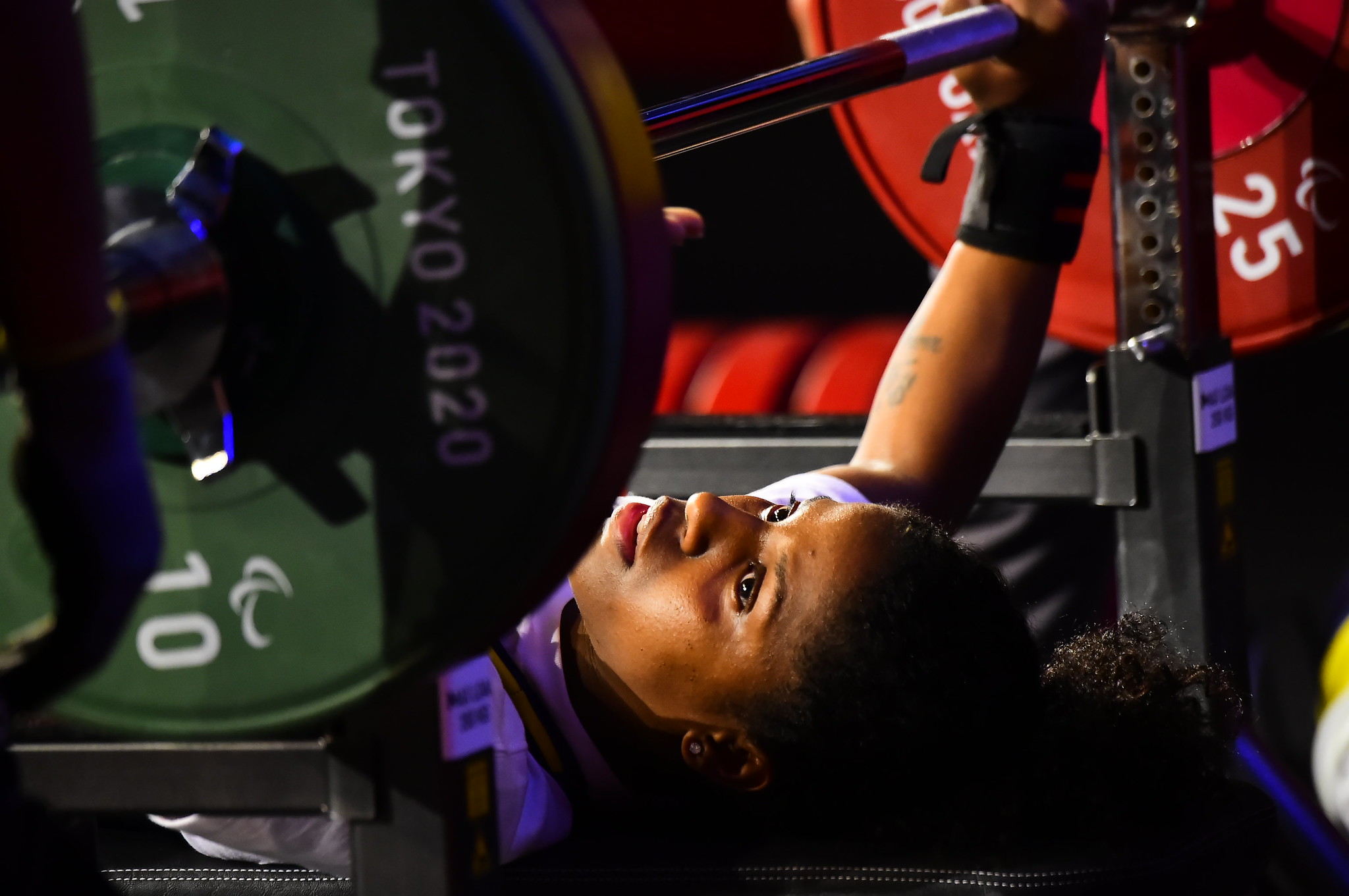 Pioneer of America
With her bronze, Fuentes achieved the first medal for the American continent in the Tokyo 2020 weightlifting events, a medal resulting from a journey that began in 2016 when she ventured into this sport.

In 2017, during the Youth Parapan American Games, she won the silver medal and set a continental record before placing fifth at the World Cup in Mexico. A year later, she was third in the Americas Open Championship held in Bogotá as a prelude to the Parapan American Games of 2019 in Lima, where she also earned bronze in the 41-kilogram division, with a total of 83kg. 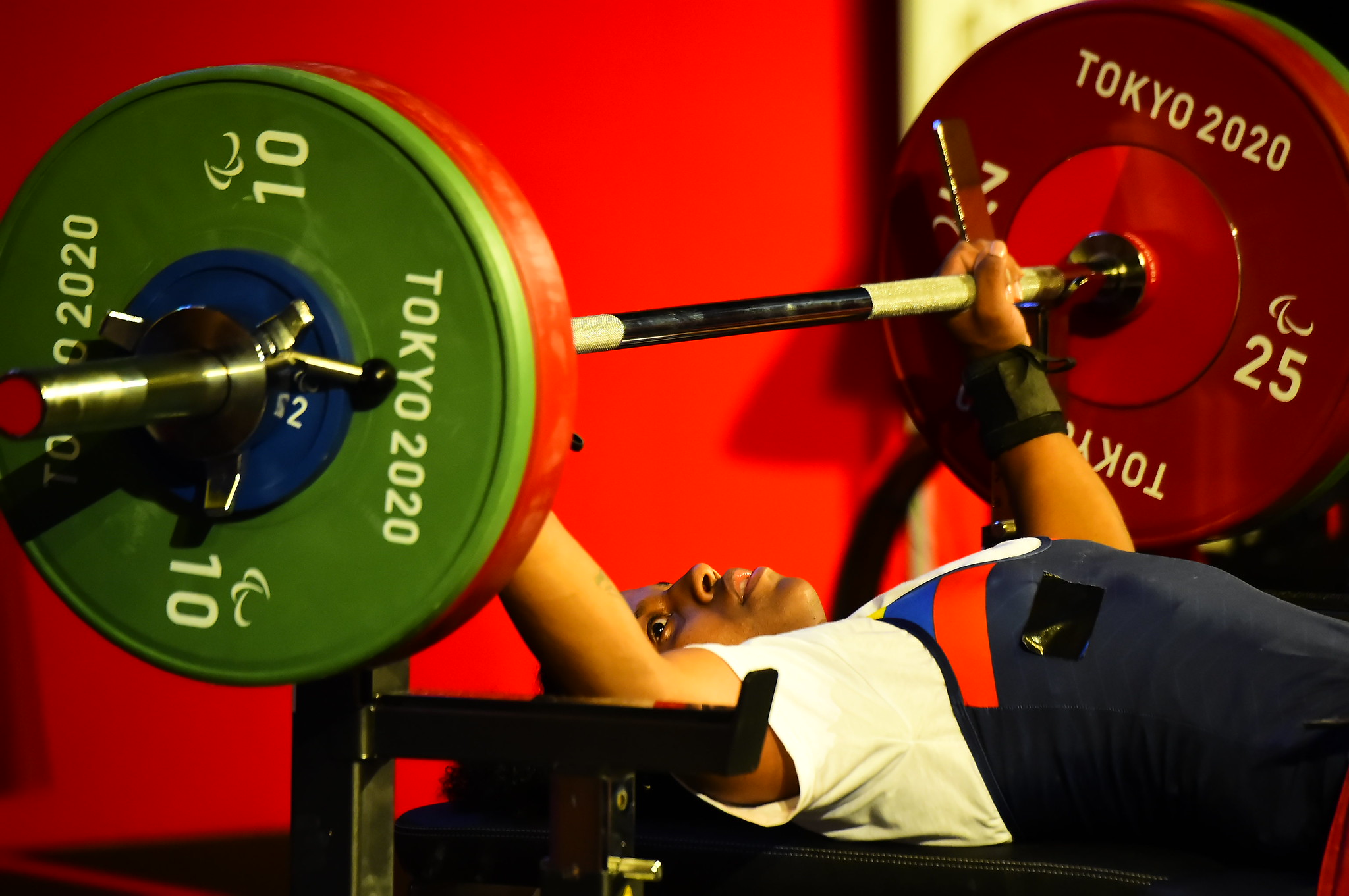 In 2021, after the stoppage due to the pandemic, Fuentes achieved an epic result at the World Cup in Fazza, Dubai, where she was fourth with a total mark of 95 kilograms, boosting her up to fourth place in the world ranking.

Fuentes’ bronze is Venezuela’s 18th metal in Paralympic history and the first national paralympic powerlifting medal in the renowned adapted sport competition. All the previous metals had been achieved in athletics and judo.