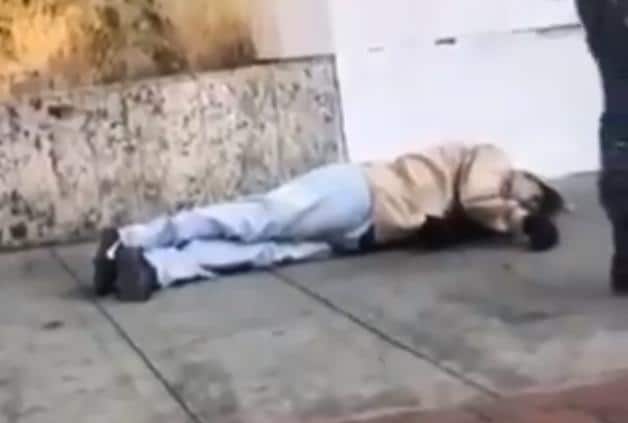 This Friday in Venezuela, a video went viral on numerous social networks and instant message platforms, showing a person who had collapsed on the floor of Plaza Altamira, located in the Chacao municipality, eastern Caracas, assuring that the person was a victim of coronavirus. In this regard, the mayor of the Chacao municipality, the anti-Chavista Gustavo Duque, denied the smear campaign. From the SaludChacao headquarters (municipal assistance center), Duque reported that the person was transferred to that health care facility where he was treated. “I must report that this is not a Covid-19 case. He is a 49-year-old patient, who suffered an epilepsy attack, which was taken care of promptly by our officials, the doctors here, and went home on his own with his son,” Duque reported in a video broadcast on his twitter account.

The attending doctor reported that the patient improved his state of consciousness, his relatives and his daughter arrived and they left the health center on their own when he was better.

Duque asked that these reports not be repeated until there is an official statement.

Below: one of many tweets released in the morning, claiming that the person had been a victim of Covid-19.

Right wing factors have been -even before the beginning of the voluntary quarantine in Venezuela- promoting smear campaigns to discredit the rapid and effective response of President Maduro’s government to the Covid-19 pandemic.

First they started amassing Covid-19 cases even before the first case was confirmed. Then during the first week, they spread fake information about alleged looting that was demonstrated to have happened in another time or even in other countries. More recently they have resumed their disinformation campaign, this time focusing on the alleged misrepresentation of official Covid-19 figures in Venezuela.