The National Strike Committee (CNP) in Colombia is mobilizing on Thursday, August 26, in various cities. The social and trade union organizations, which are the forces that make up the CNP, took back the streets to demand, through peaceful agitation, labor, peasant, and social justice.

When calling for new street actions, members of the National Strike Committee reported that demonstrations resume to demand a plenary session of Congress to debate the bills presented by the committee at the end of last month. 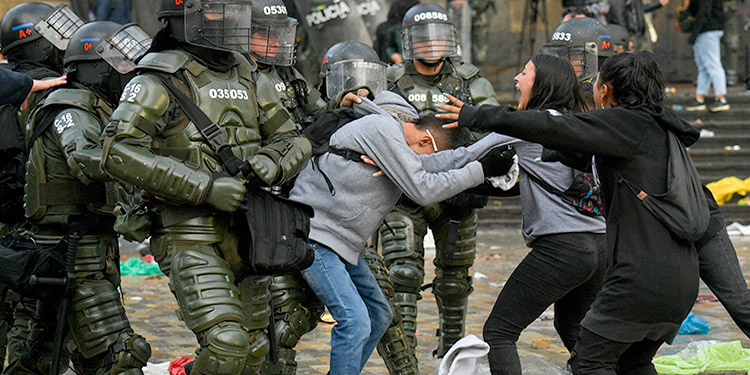 Furthermore, they are demonstrating against the tax reform established by the highest legislative body to demand that it be rejected. If this tax reform is approved, the government will be able to freeze wages for at least 10 years. This would be detrimental to the quality of life of more than 1.2 million workers and their families.

The CNP led the general strike between April and June as well as demonstrations throughout the country. These protests were repressed by Duque’s government, resulting in dozens of deaths, torture, disappearances, and rapes by the state security forces.

The massacres during 2021 and the continuing murders of social leaders and human rights defenders are also in focus during these mobilizations.