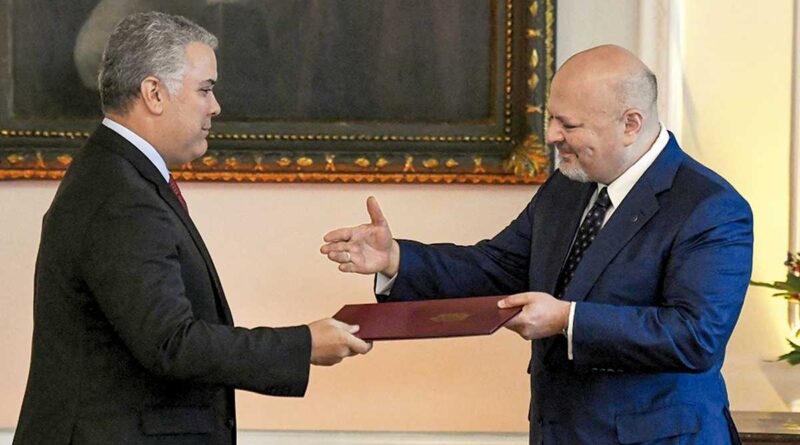 This Monday, December 13, the Netherlands prevented the arrival of a Venezuelan delegation that was to meet with the prosecutor of the International Criminal Court (ICC), Karim Khan. The meeting had been agreed to in the memorandum of understanding signed between Venezuela and the ICC at the beginning of November.

The news was reported by Venezuela’s Vice President, Delcy Rodríguez, who indicated that she planned to head the delegation. “The government of the Netherlands has obstructed and prevented the delegation that would go to The Hague to fulfill the special mission in accordance with international treaties,” said Rodríguez.

“Our delegation would be transferred by a CONVIASA aircraft, on an official non-commercial flight, to the Netherlands, typical of a diplomatic flight,” Rodríguez said. “This plane flies around the world. They claim, misleadingly, that this aircraft does not have the third country operator (TCO) permit.”

Rodríguez asserted that the very same aircraft had received authorization on April 9 of this year, and reiterated that the Netherlands “is violating the agreement between the ICC and the host state… They are preventing a high authority from travelling to a face-to-face working meeting with the ICC prosecutor.”

Rodríguez recalled statutes signed between the International Criminal Court and the host country (Netherlands), among which she highlighted the stipulation that representatives of the member states “shall not be subjected by the host state to any measure that may affect the free and independent performance of their functions before the Court.”

Another option that the Netherlands had given Venezuela was to use an aircraft that is undergoing maintenance until next year, and that cannot exceed a five-thousand kilometer route.

“There is cynicism behind this decision, there is deception,” Rodríguez said. “They cannot prevent a state that is party to the Rome Statute from travelling to fulfill its functions.” The meeting had already been confirmed by the ICC prosecutor himself, she added.

Faced with this situation, the President of the Bolivarian Republic of Venezuela, Nicolás Maduro, instructed the Foreign Affairs Ministry to inform the Secretary General of the United Nations (UN), António Guterres, about the situation, which violates the UN Charter. Similarly, the President of the Assembly of States Parties to the Rome Statute, Silvia Fernández de Gurmendi, will be informed of the facts.

In order to comply with the memorandum of understanding signed between the parties on November 3—after the Prosecutor’s visit to Venezuela—a meeting was requested in another country, to allow compliance with the international commitments of Venezuela.

“I am not asking to go to the Netherlands as a country, I am asking to go, to fulfill a task,” Rodríguez stated. “As the host state, they are mocking [the request] in a pathetic and crude way.”