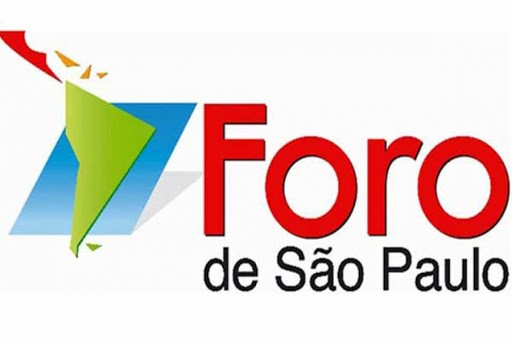 “For the dignity, for the sovereignty of our peoples, we have only to unite against that common threat that is the empire of the United States, world imperialism, world capitalism.”
Hugo Chavez, June 14, 2006

Citing Comandante Chávez, I begin these lines dedicated to the unity of the peoples, which has recently emerged strengthened once again during the World Anti Imperialist Meeting held in Caracas. A historical convening, without a doubt, considering the importance not only of the issues and agreements that the passionate debates presented, but of the moment humanity lives, in the midst of the global capitalist crisis, the exacerbation of the imperial warrior policy and the impulse of the progressive forces that actively resist, and in turn add wills and consciences to a common, urgent and vital goal: the final victory over capitalism and the building of socialism, the only way to guarantee peace and life on the planet.

RELATED CONTENT: President Nicolas Maduro Addresses World Anti Imperialist Congress
We know that this victory will not be easy, that imperialism constantly resorts to the use of its multifactorial power to attack, destabilize and maintain its hegemony over nations: direct wars, coups, economic, financial and commercial blockade, illegal unilateral coercive measures, paramilitarism, persecution of nationalist and progressive leaders, and the permanent use of their ideological apparatus, of the mass media and their powerful communication industry, the imposition of the culture of consumption and individualization; they are the recurring weapons that, in their desperation to sustain the unipolarity of their domains, they use for their infamous colonizing purpose. Neoliberalism has been radicalized, and seeks extreme ways to protect the privileges of multimillion dollar corporations.
It is, as our eternal commander clearly stated, a problem that is not confined to a single nation, a single country; it is a problem of all, inhabitants of the planet, that we must solve by uniting the revolutionary forces of each continent. That is why the world unity of the peoples, of the social and labor parties and movements, intellectuals, youth, women, all together around that common cause, the anti-imperialist cause, is fundamental. As comrade Evo said, the time to kneel is over. It is time to act, because without a doubt, the decisions we make now will mark the course of humanity.

RELATED CONTENT: “World Anti-Imperialist Meeting”: Final Declaration
This meeting of wills that has just concluded, on the agenda of the Forum of Sao Paulo (FSP), is just a sample of the advances of the revolutionary movement on every continent of the world. More than 400 delegates from 73 countries gathered in the Bolivarian homeland to begin 2020 with the firm determination to deal with the criminal policies that emanate from the White House and its allies. There, again, the progressive leaders reaffirmed their solidarity with the Bolivarian revolution, highlighting the exemplary defense that the Venezuelan people and President Nicolás Maduro have made of their sovereignty, their dignity and their conquests. As noted by fellow Terik Manson, a leading American fighter of the Code Pink movement, referring to our people, their gallantry and unwavering willingness to be free:

That’s right, that will never happen, because this people inherited the libertarian passion of Bolivar and Chavez!

The defense of peace and sovereignty, solidarity with the struggles of the oppressed peoples, the energetic rejection of the militarization of our territories by the US, the unanimous condemnation of the bombings in the Middle East, the collective denunciation of attempts to censor state television stations TeleSUR and HispanTV; they are part of the declaration signed by the delegates. The 12 working tables held during the three-day meeting, resulted in conclusions and agreements of vital importance for the unity of the peoples, among which the construction of a world unitary platform to face imperialist aggressions and forge a new international order of justice, which encourages inclusion and allows the overcoming of the great social inequalities prevailing.
It will be a year of permanent mobilization, of great days of anti-imperialist struggle. It can not be any other way. The Venezuelan people have decided their destiny, and at their side we will give the battles that are necessary for a future of prosperity. Remembering Che: “the present is a struggle, the future belongs to us.” Only in this way can we bequeath the future world we dream of, the socialist world, to future generations.