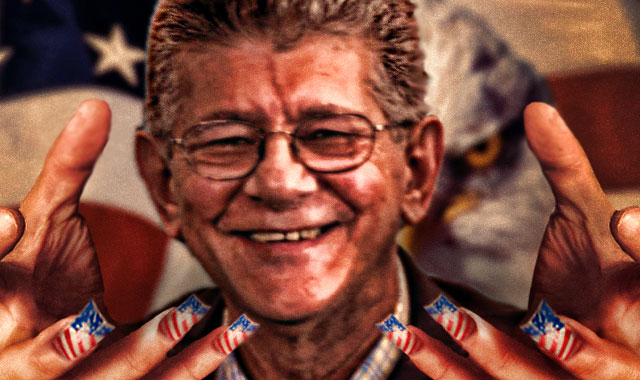 This Monday, August 31, just hours before the deadline for the submission of candidates, the Unitary Platform of the opposition announced its participation in the next regional and municipal elections on November 21, under the banner of the Democratic Unity Table (MUD) or UNIDAD.

Through a document read during a press conference, the G4 group of political parties (Democratic Action, Popular Will, Primero Justicia, and Un Nuevo Tiempo) confirmed their participation in the regional elections scheduled for November 21.

“We made this decision after an extensive and difficult internal deliberation process that included local, regional, and national leaders,” quoted part of the text. Opposition leaders Henry Ramos Allup (AD), Juan Pablo Guanipa (PJ), Simón Calzadilla (Progressive Movement of Venezuela), among others, were present at the press conference.

Ramos Allup stated that the concessions that have been achieved are thanks to the negotiations that began in Mexico on August 13.

When asked about the absence of former deputy Guaidó during the announcement, Ramos Allup nervously answered that Guaidó is part of Popluar Will, and that his party is part of the G4, so according to him they are joining this new route. This decision will contradict the anti-democratic position that the so-called “interim government” has held for at least 30 months.

Many analysts see Guaidó’s absence from the press conference as a sign of weakness, and an attempt to distract viewers from the popular rejection of his “interim government” project, promoted by the United States and the European Union.

“We will organize, mobilize, and strengthen ourselves, united, at the service of the democratic re-institutionalization of Venezuela,” added the G4 statement.

In this sense, they affirmed that they are committed to redoubling their efforts to motivate the people of Venezuela to be part of this episode of struggle, and to “look for the progress that we have made on November 22.”

Regarding the candidates of the UNIDAD, the AD secretary explained that the list is not yet complete, but that candidates will be presented in all the states and municipalities of the country.

He added that the party is presenting 3,802 candidates. However, he added, it has not been able to reach a consensus so there is no agreement to date, and it will not hold primaries. He went on to say that the candidates would be announced in the next few hours.

Fielding criticisms aimed at their participation in the elections, Ramos Allup pointed out that both voting and not voting is a right. Therefore, he asked for respect for those who wish to participate, and for those those who do not wish to participate in the elections. These criticisms arose due to the fact that the Venezuelan opposition boycotted elections, claiming that the country does not have an adequate electoral system, but the next moment they asked their voters to go to the polls.

With this announcement, the Venezuelan right wing’s boycott of all elections since the parliamentary vote of 2015, has ended—for now.

Green-light from the bosses of the international community (aka United States)
One of Ramos Allup’s statements that raised some eyebrows among both the opposition and Chavistas was his comment that they had a green light from the “international community”—meaning the United States—to pursue the democratic route. The comment confirmed Chavista allegations that the US and the European Union continue to pull the strings of the extreme right wing of Venezuela’s opposition, known as the G4.

A political analyst told Orinoco Tribune that “this move is a good sign in terms of a re-consolidation of the state and democratic institutions, but one must be alert, because this is not the first time the opposition has made an announcement like this. A few weeks from now they might withdraw from the democratic arena and launch a new round of attacks against Venezuela. They are also experts in claiming fraud when they lose elections, the result that many foresee in the upcoming 21N regional elections.”

“The G4 is terribly divided,” added the analyst, “with a lot of rejection even from its own followers, who are not happy with the decision to run in the upcoming elections, when a few months ago they were boycotting them. In addition, its chances of achieving a positive electoral result are minimal. The PSUV primaries were very encouraging for Chavistas. The party went to its bases to choose the best possible candidates, to advance the Bolivarian Revolution, and also to secure the best chances of victory in these mega-elections.”

Featured image: Henry Ramos Allup, with the US pulling the strings. Photo courtesy of Twitter/@ernesto_cazal.