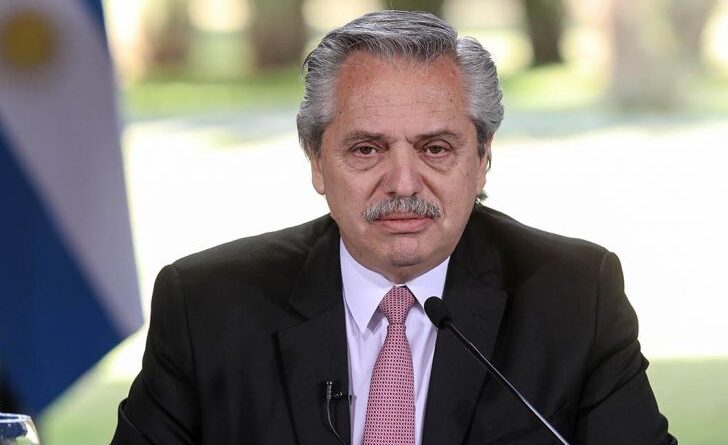 Argentina’s President Alberto Fernández affirmed that his country “is not going to kneel” before the International Monetary Fund (IMF), and attached conditions to an agreement with the multilateral organization to renegotiate a debt of $44 billion, so that it “does not put at risk the future of the Argentines,” international media reported.

“If we still do not come to an agreement [with the IMF] it is because we are not going to kneel, because we are going to negotiate until our people’s future is not placed at risk because of debt payments,” said Fernández during a tribute to former president Néstor Kirchner (president from 2003-2007) on the 11th anniversary of his death.

RELATED CONTENT: Protest Against Construction of US Base in Neuquén, Argentina

The only speaker in a stadium full of supporters in the city of Morón, on the outskirts of Buenos Aires, Fernández evoked Kirchner, who after assuming an Argentina in default, renegotiated a debt of almost $100 billion with private creditors, and in 2006 settled a debt of $9.8 billion with the IMF. In 2018, under the administration of President Mauricio Macri, Argentina returned to the IMF and accepted a $57 billion loan.

During his speech, an important detail remained unmentioned by Fernández. In the course of those difficult years for the Argentine economy, Venezuela and President Hugo Chávez were among the few that offered help. Venezuela provided Argentina one billion dollars to help keep Argentina’s economy afloat when no nation or bank wanted to loan anything to the South American country.

RELATED CONTENT: ‘I Ask You to Honor the Will of the Argentine People’ – Cristina Fernández de Kirchner’s Letter to the President of Argentina

President Fernández, who plans to meet with the head of the IMF, Kristalina Georgieva, during the weekend in Rome, on the occasion of the G20 Summit, insisted that “we are not going to make an agreement that affects the Argentines more than they have been affected already.”

In addition, at the event Fernández demanded that the IMF “take responsibility for the damage it did” by granting the government of former president Mauricio Macri (2015-2019) the 2018 loan, a record figure for the agency. Of the $57 billion total, Argentina received only $44 billion.

The Argentine nation seeks to replace the 2018 stand-by agreement with another extended facility agreement, after showing signs of economic recovery following more than three years of recession aggravated by the pandemic.