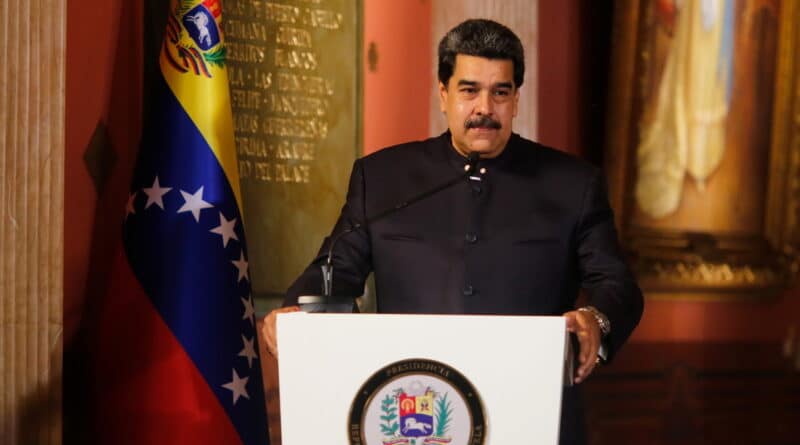 The president ordered the implementation of a defensive plan called Point 3 to protect and strengthen all military zones in Venezuela.

Monday, the President of Venezuela, Nicolás Maduro, denounced Colombia for preparing attacks against the country’s military units in the coming days.

“With mercenaries trained under the financing of Iván Duque, attacks are being prepared at the end of this year or in the days to come, at the beginning of 2021,” said the president during the end of the year greeting ceremony with the Bolivarian National Armed Forces (FANB).

Thus, Maduro ordered the implementation “in 24 hours” of the Point 3 plan for “the fortification and protection” of the country’s military spaces. “The three circles will be the militia, the military units, and the organized people,” he said.

The Head of State requested that “all the necessary information” be located regarding Colombia’s plans, and requested “a thousand eyes and a thousand ears to protect the military units, the barracks, the ship.”

Likewise, Maduro announced that Bolivarian Shield exercises for the defense of Venezuela will be carried out at any time. “It is a new phase. We will no longer be publicly announcing the date of these exercises. The order of operations will be given at a secret level and we’ll mobilize our FANB, militia, and people in full deployment.”

The president asked the Strategic Operational Command for a written proposal to create “fortification rings” starting in January. Similarly, he instructed the repair and maintenance of all weapons systems with the support of Russia, China, Belarus, and Iran, “but under national support.

On December 11, Venezuela revealed that two citizens who intended to “detonate and destroy” the El Palito refinery with “powerful explosives” were detained, under the alleged “protection and support” of Iván Duque.

Last Sunday a fire was reported at Fuerte Tiuna military base in Caracas. Authorities did not provide further details on the incident.

Likewise, Maduro changed his voting center in the recent legislative elections of December 6, because “Colombian intelligence sources” informed him that an attack was being prepared from the Casa de Nariño to assassinate him.

In August 2018, Venezuelan security forces thwarted an assassination attempt during a presidential rally in Caracas, which Maduro said had the backing of Bogotá. On May 3, 2020, Colombia was also accused of participating in the failed Operation Gideon incursion attempt offshore of La Guaira, on Venezuela’s central coast.

Featured image: President of Venezuela, Nicolás Maduro, at the closing of the Constituent Assembly. December 18, 2020. Reuters.