The President of Venezuela, Nicolás Maduro, reported this Monday, April 12, that he held an online meeting with the Director General of the World Health Organization (WHO), Tedros Adhanom, as well as with different representatives of this international body, in order to accelerate the delivery of vaccines to the people of Venezuela through the COVAX initiative.

Through his account on the social media network Twitter, @NicolásMaduro, the Head of State wrote: “I had a very productive videoconference with Dr. Tedros Adhanom, General Director of @WHO, Dr. Carissa F. Etienne, Director of the @opsoms and the representatives of the GAVI, in order to expedite the delivery of vaccines for our people, through the COVAX system.”

This Sunday, the national leader indicated that Venezuela has the capital to pay 100% of the resources for the acquisition of just over 11 million vaccines through the COVAX initiative.

Maduro revealed that the first disbursement of payment for this initiative of the World Health Organization (WHO) was made with funds that had been cut off by the Federal Reserve of the United States.

“The first disbursement for COVAX vaccines was made by the release of money that was seized by the US, and they were deposited in francs, because if we did it in dollars, the Federal Reserve and the Guaidó right would steal it,” he said.

“We have already obtained the remainder to pay for a total of just over 11 million doses for Venezuela,” he added, and announced that in the next few hours he will contact the person in charge of the COVAX initiative to ensure a rapid response to Venezuela’s request. 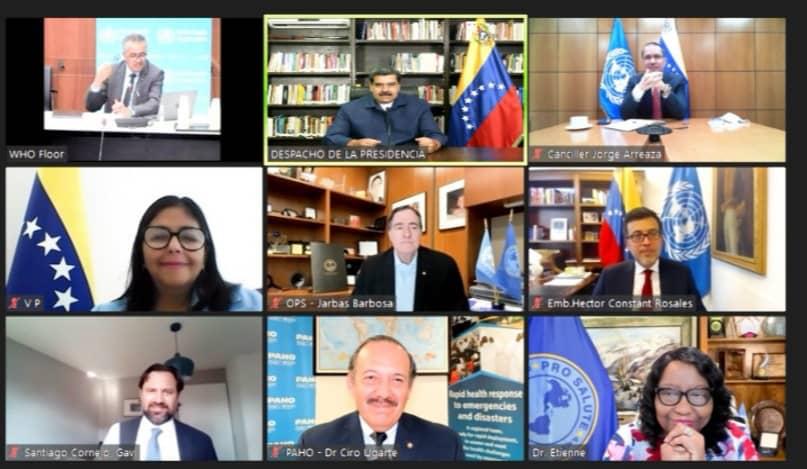 “That represents a little more than 20% of the vaccines that Venezuela requires,” emphasized Maduro, “but we are going to continue making efforts to guarantee 100% of the vaccines that the country needs.” Maduro asked Vice President Delcy Rodríguez to maintain pressure on the Federal Reserve “to release all the money that belongs to Venezuelans.”

Due to a bold and judicious response to the pandemic by the authorities, Venezuela can proudly claim one of the world’s best results in containing COVID-19. That have not stopped Venezuelan authorities from reaching agreements to procures vaccines, despite the criminal US blockade and economic sanctions issued by the US and Europe.

Venezuela has already signed agreements with Russia for 10 million doses of Sputnik V, and these are being administered to the population, according to priority. Agreements have also being reached with China for its Sinopharm vaccine, and with Cuba for Soberana-02 and Abdala, the latter to be produced in Venezuela.