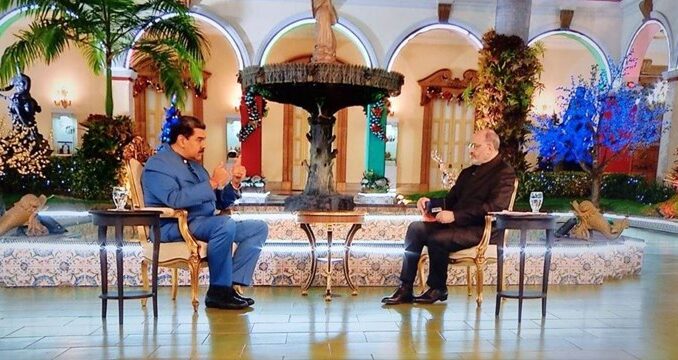 This Sunday, December 26, Venezuela’s President Nicolás Maduro assured that in 2022 the nation will concentrate its economic growth on the promotion of internal trade. The development of its real economy is essential for the country, added the president.

During an exclusive interview for television channel Al Mayadeen, President Maduro described 2021 as a year of economic recovery for Venezuela, despite the pressure of ongoing economic “sanctions” applied by the US and its allies.

“We are witnessing a sustainable recovery process based on work, on the recovery of the productive and real economy, in addition to a recovery based on the collective effort of a people,” President Maduro said.

He explained that the resistance of the Venezuelan people influences the revival of the economy. “We are closing the year with great hopes and the greatest amount of happiness,” he said.

On a personal level, Maduro said that he has been inspired by the faith of the people and the patriotic strength of Venezuelans. “We have been a people who have resisted the attack of the United States and its allies in the world of financial and commercial persecution,” President Maduro said. “In recent years we have resisted very firmly and we are… moving forward by stimulating all economic sectors.”

He recalled that during the administration of Donald Trump, the US tried to end his government through violence. “They reached the point of communicating with my wife Cilia and telling her to leave me,” the President recalled.