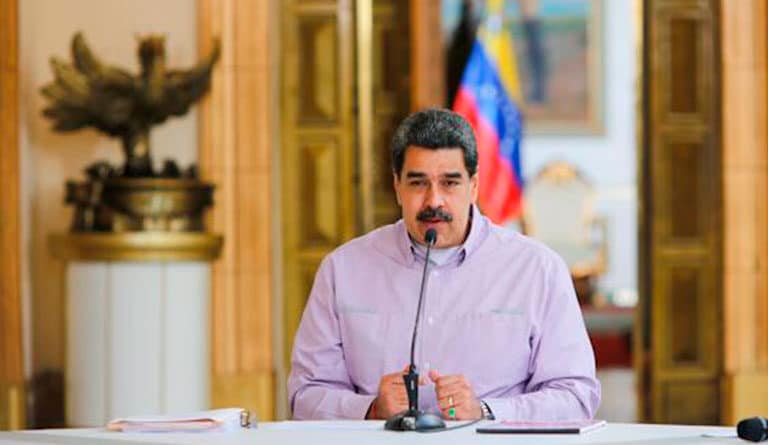 On Sunday, October 17, the President of Venezuela, Nicolás Maduro, informed that the country has enough doses of COVID-19 vaccines to vaccinate 80% of Venezuelans.

“This goal is important because the scientific centers of the world, the World Health Organization, have stated that the objective is to generate what they call herd immunity,” continued the president. “We must study well if the countries that have achieved 70% vaccination have achieved herd immunity.”

President Maduro also informed that in November the vaccination of children from 3 years of age up to 17 years will begin. He stressed that he has faith in the advances that science and research have made, to vaccinate the entire population.

He further stated that Venezuela has achieved a miracle in the midst of the persecution by Washington against the country in acquiring medicines and vaccines, all resulting from the US and European blockade and sanction measures against Venezuela.

“It is an offense that a government could try to dictate any country what it can or cannot buy or sell,” he denounced.

“It seems incredible that for things as important and simple as buying a vaccine you have to debate about international law, independence and sovereignty, and about how the world works,” he added.

He announced that the goal is to have 95% of Venezuelans vaccinated by December 31, and that steps are being taken to acquire more vaccines in January, and apply them in 2022, to reinforce immunity against COVID-19.

“We are studying which is the best vaccine for a booster,” he said, adding that the Russian Sputnik V, Johnson & Johnson and the Chinese (Sinopharm and Verocell) vaccines are being evaluated as booster options.

President Maduro also announced that November and December will be months of flexibilization, meaning that the 7+7 reopening scheme that has been applied in Venezuela throughout this year will be temporally lifted, while implementing a smart reopening scheme connected to the use of traffic light mechanism to allow people to access public places.

The head of state added that this week a total of 9,147 new cases were confirmed in the country, with an incidence rate of 28 infections per 100,000 inhabitants, four points below the rate of previous week.

He requested everyone aged 18 years and above to go to the vaccination center closest to their home, without prior appointment, and get a dose.