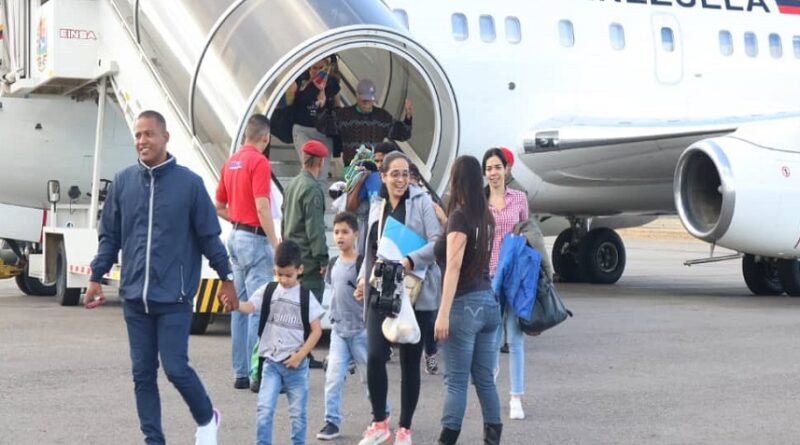 On Wednesday, October 13, President Nicolás Maduro addressed the subject of the Venezuelan children murdered in the North of Santander, in Colombia. The Venezuelan head of state asserted that Venezuelans should not continue to be victims of abuse or xenophobia by countries that promote hatred against Venezuelans. For this reason, he decided to strengthen the Vuelta a la Patria program to welcome all good citizens who need it. “Here, we await you with open arms, with Christian and humane love,” he said.

“Venezuela is united, and it is the homeland of love for the inclusion of good people,” explained Maduro. “For this reason, I invite you to return with your family. Here, you will be received with the greatest Venezuelan humanism of which our bloodline is made, our idiosyncrasy.”

Moreover, the president repudiated the policies of hatred that the government of Iván Duque promotes in the Colombia, to the point that there is a statistic showing that 77% of the Colombian community hates Venezuelans. This is why Maduro said that Venezuela will denounce Iván Duque at the International Criminal Court (ICC) for the crimes of extermination and persecution, outlined in the Rome Statute, which are both crimes against humanity.

“This culture of hatred is the responsibility of Iván Duque in complicity with the Venezuelan extreme right, starting with Julio Borges, Juan Guaidó, and Leopoldo López,” denounced Maduro.

In contrast, the president assured that Venezuelans are inclusive people and stand in solidarity with everyone who needs it. “Venezuela is not a xenophobic country,” he recalled. “That is not our way. Six million Colombians live here, and we welcome them with love, solidarity, brotherhood, and unity.”

Finally, President Maduro assured that, with sacrifice and work, the country will once again be the land of opportunities. “We are going to achieve a powerful Venezuela,” he declared.

Earlier, Vice President Delcy Rodríguez stressed that the murdered children “were stigmatized. They were victims of hate crimes. Their dignity as children was insulted, [they were] pointed out as rats, thieves, and criminals by some merchants in the municipality of Tibú, Colombia.”

From the Simón Bolívar Press Room of Miraflores Palace, Rodríguez recalled that Julio Borges called for attacks on Venezuelan migrants around the world in 2018, and showed a video where he called for the rejection of Venezuelans in any country in the world.