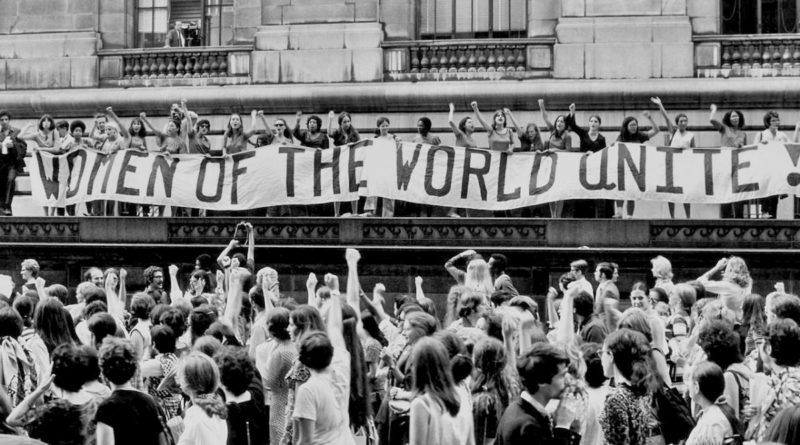 The mayoralty of the Chacao municipality, located in eastern Caracas, on Monday withdrew an event that they had announced to “celebrate” International Women’s Day, following strong criticism on social networks. In the event, which was going to take place this Saturday, they planned to give workshops on “social self-makeup”, “elaboration of canapés” and “splash”, as well as “manicure and pedicure techniques.”

“The promoted event will not take place because it did not have approval or go hand in hand with the mission, vision and values of the institution or the Mayor Gustavo Duque (Primero Justicia). We apologize for the inconvenience caused,” says a tweet from the Mayor of Chacao.

“The event was not approved. The team of Mayor Duque, addresses, institutes and other entities are organizing activities appropriate to the commemoration”, they point out in another tweet. The flyer, which was already deleted, was originally posted on the Instagram account of the Mayor’s Office of Chacao, and announced an event that was to be held this Saturday, on the occasion of International Women’s Day. There were “training workshops” on social self-makeup (for parties, weddings, events), elaboration of snacks (cooking), splash (drawings and designs on nails), manicure and pedicure, to be provided at the Center of Integral Action for the Community belonging to the Mayor’s office. The event unleashed numerous criticisms. “What an embarrassment, the event organized by the Mayor’s Office of Chacao and Gustavo Duque for women’s day. Do you think this promotes equality, the defense of fundamental rights and respect? Check the agenda of the rest of the region. Everyone in the present and us in the XX century,” wrote Gaby Mesones Rojo @unamujerdecente.

“When is the men’s course sit in front of the TV while women bring us food?” asked @cauterucce sarcastically. Cricket Manual asked if it was a “self-makeup workshop to hide gender violence”, also with irony. The user @gabybuada said: “For those who ask why we recently learned about the case of Morella (a woman who was kidnapped and enslaved for 31 years in the state of Aragua), where the neighbors were, why she did not report it sooner and all those questions that more than one had: Delays from the spaces of power are not seen as gender violence.”

For his part, Douglas Acevedo recalled : “In the 70s there was a program called” The Perfect Housewife” (…) that taught women to cook, wash, sweep … and all the things that “a woman should know”… the mayor of Chacao copied from that program,” while Yendri Velasquez tweeted: “in the framework of the Day of Working Women, in the middle of this complex humanitarian emergency, a historic rise in numbers of femicides, with cases like the monster of Aragua, the mayor of Chacao will make a workshop for social makeup.”

On March 8, 1857, thousands of women from a textile factory in New York went out to protest with the motto ‘Bread and roses’, due to the poor working conditions, low wages – which were less than half what men received for the same task-, demanded a reduction of working day hours and the end of child labor. That day ended with the bloody result of 120 women killed due to the brutality used by police to dispersed the march. That led to, two years later, the workers founding the first women’s union.

In 1909, Socialist Women in the United States commemorated for the first time National Women’s Day on February 28, with a demonstration of more than 15,000 people who took to the streets to demand equal wages, reduced working hours and the right to vote. A year later, at the II International Conference of Socialist Women in Copenhagen, the demand for universal suffrage, non-discrimination at work, access to education and other essential rights was reiterated.

Then, on March 25, 1911, New York was once again the scene of one of the most symbolic events in the struggle for equality, when 123 women and 23 men died in a fire at the Triangle Shirtwaist factory, mostly young immigrants of Jewish and Italian origin. The owners closed the doors to prevent theft, making it impossible for workers to escape the flames.

These and other events are considered precedents of International Women’s Day, which is celebrated every March 8 as a tribute to the struggle of working women in the world fighting for equality.