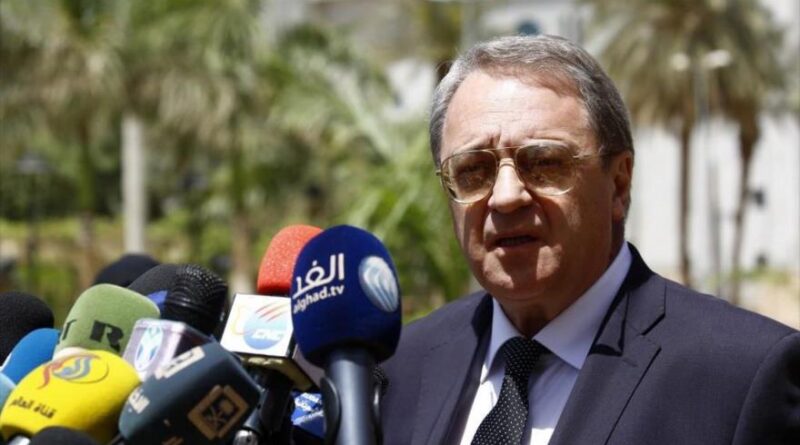 Moscow condemns the US decision to recognize Moroccan sovereignty over Western Sahara, calling it “unilateral.”

“What the Americans have done here is a unilateral decision that completely exceeds the framework of international law,” Russian Deputy Foreign Minister Mikhail Bogdanov said on Friday, as quoted by the RIA Novosti news agency.

Likewise, the Russian diplomat has harshly condemned the decision of the outgoing US president, Donald Trump, who on Thursday announced the normalization of ties between Morocco and Israel, in exchange for the recognition of Moroccan sovereignty over Western Sahara, also known as the Sahrawi Arab Democratic Republic.

Along the same lines, the senior Russian official criticized this decision, stating that in addition to violating international rights, it exceeds the limits of the United Nations Security Council (UNSC) resolution “voted by the Americans themselves”.

This announcement by Trump, who is spending the last days of his term as the US President, caused a wave of rejection internationally. For its part, the Polisario Front of Western Sahara has denounced that such mediation “does not pertain to it (the United States)” and represents a “flagrant violation” of the United Nations Charter.

Furthermore, several Palestinian movements, including the Palestinian Islamic Resistance Movement (HAMAS), have branded this pact a treason, emphasizing that Tel Aviv is taking advantage of normalization agreements like this to intensify its aggressive policies against the Palestinian people.

After the United Arab Emirates (UAE), Bahrain, and Sudan, Morocco is the fourth Arab country to establish relations with the Israeli regime in recent months, such ‘normalizations’ being unconditionally supported by the US government.

After the signing of the Oslo Accords between the Palestine Liberation Organization and the government of Israel, Morocco started low-level relations with Israel in 1993. However, after the outbreak of the Second Palestinian Intifada (uprising) in 2000, Morocco suspended the pacts.