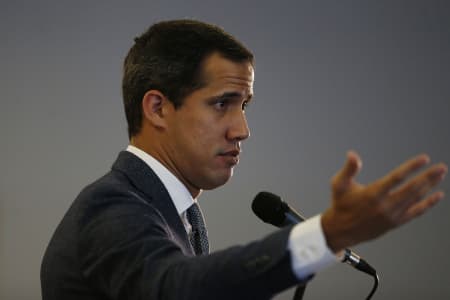 Opposition politician Juan Guaidó said on Tuesday, August 27, he doesn’t know the exact moment dialogue with the Venezuelan Government will resume, in which Norway serves as a mediator. “There is no new date for a new round of negotiations,” he said.

The statements of Guaidó were offered after completing a session of the National Assembly (AN).

President Nicolás Maduro, on August 7, suspended the trip of his delegates to Barbados, headquarters of the conversations after the betrayal of the opposition and the “trapping stab” that the president of the United States, Donald Trump, gave it with the application of an economic, financial and commercial blockade against Venezuela.

In this regard, the Venezuelan Foreign Minister, Jorge Arreaza, clarified that the process was not eliminated, only “he paused, we have not withdrawn from the process of dialogue with the political opposition.”

He said that the Executive does want to continue but as long as the conversations flow with sincerity and respect, “a mechanism that guarantees peace and coexistence among all.”

Chancellor Arreaza recalled that the Government took the decision while working for a common purpose with the opposition, receiving from its adversaries in response “the blockade, attacks, the continuing appeal to conspiracy and coup d’etat.”