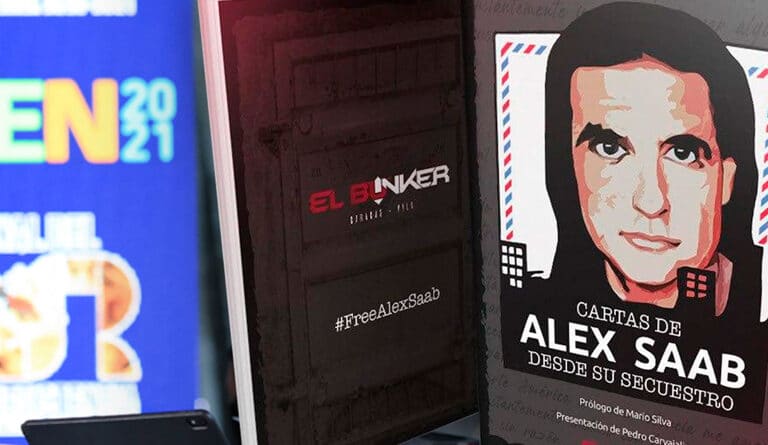 The book Letters of Alex Saab from Kidnapping, which describes Saab’s torture and plight during his illegal detention in Cape Verde, as well as his love for the people of Venezuela and support for its government, will be given away to attendees this Sunday, November 14, at the International Book Fair of Venezuela (FILVEN). The book fair is being held in Caracas, at the Federal Legislative Palace, which is the headquarters of the National Assembly of Venezuela.

As part of the programed activities for FILVEN 2021, Alex Saab’s wife, Camilla Fabri, will attend a press conference scheduled to begin at 11:00 a.m (Caracas time) on November 14.

In Letters of Alex Saab from Kidnapping, readers will find the personal letters written by Saab in his role as Extraordinary and Plenipotentiary Ambassador of Venezuela to the African Union.

RELATED LINK: Vladimir Acosta: We are Still a Colony and We do Not Even Realize it (FILVEN 2021)

The letters detail the human rights violations to which Ambassador Saab has been subjected through the inhuman, degrading and humiliating treatment inflicted on him by the Cape Verdean authorities, which were headed, at that time, by President Jorge Carlos Fonseca and Prime Minister Ulisses Correia.

Alex Saab now remains kidnapped in a Florida state prison in the United States. He was extracted by US agents from Cape Verde, where he had been originally detained since June 12, 2020, when the plane that was carrying him to Iran had made a stop to refuel.

Mobilizations in support of Alex Saab
On Monday, November 15, Saab’s second US court hearing will start at 9:30 am Eastern Time in the Federal Court of Miami, Florida.

In solidarity with Venezuelan Ambassador Saab, North American social movements will mobilize throughout different cities of the United States and Canada, condemning the illegal procedure and the human rights violations of which Saab has been a victim. Saab has become a symbol of the struggle of the people against the decadent imperial powers and their eagerness to subjugate free and sovereign nations.

Featured image: The book, Letters of Alex Saab from Kidnapping, will be given away to attendees this Sunday, November 14, at FILVEN 2021. Photo: Alba Ciudad