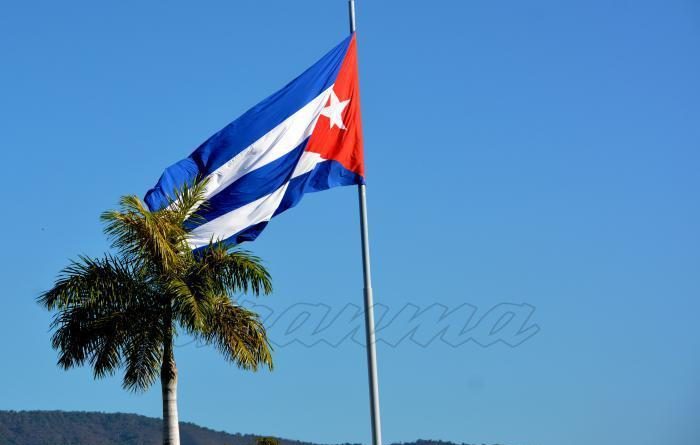 Today, April 17, is the anniversary of the United State’s 1961 military invasion at Playa Girón. The Cuban people’s resolute response in defense of the Revolution and socialism, within only 72 hours, produced the first military defeat of imperialism in America

Today, April 17, is the anniversary of the launching of the United State’s 1961 military invasion at Playa Girón. (Bay of Pigs) The Cuban people’s resolute response in defense of the Revolution and socialism, within only 72 hours, produced the first military defeat of imperialism in America.

Strangely, the date was chosen by the current U.S. government to announce new aggressive measures against Cuba and to reinforce their implementation of the Monroe Doctrine.

The Revolutionary Government rejects, in the strongest terms possible, the decision to now allow action to be taken in U.S. courts against Cuban and foreign entities, and to aggravate impediments to entering the United States faced by leaders and families of companies that legitimately invest in Cuba, in properties that were nationalized. These are actions established in the Helms-Burton Ac,t which was denounced long ago by the international community, and which the Cuban nation has repudiated since its promulgation and implementation in 1996, with the fundamental goal of imposing colonial tutelage on our country.

We repudiate, as well, the decision to reinstate limits on remittances that Cuban residents in the U.S. send to their families and friends, to further restrict travel by U.S. citizens to Cuba, and impose additional financial sanctions.

We strongly denounce references that attacks against U.S. diplomats have occurred in Cuba.

They attempt to justify their actions, as is customary, with lies and coercion.

Army General Raúl Castro stated this past April 10: “Cuba is blamed for all evils, using lies in the worst style of Hitler’s propaganda.”

The U.S. government resorts to slander, to cover up and justify the obvious failure of its sinister coup maneuver, designating in Washington an impostor “President” for Venezuela,

They accuse Cuba of being responsible for the strength and determination shown by the Bolivarian Chavista government, the country’s people, and the civic-military union defending their nation’s sovereignty. They lie shamelessly, alleging that Cuba has thousands of military and security troops in Venezuela, wielding influence, and determining what happens in this sister country.

They have the cynicism to blame Cuba for the economic and social situation Venezuela is facing after years of brutal economic sanctions, conceived and implemented by the United States and their allies, precisely to economically asphyxiate the country and cause suffering within the population.

Washington goes so far as to pressure governments in other countries to attempt to persuade Cuba to withdraw this unlikely supposed military and security aid, and even to stop lending support and solidarity to Venezuela.

The current U.S. government is well-known, within the country itself and internationally, for its unscrupulous use of lies as a tool in domestic and foreign policy. This is an old habit among imperialism’s practices.

The images are still fresh of President George W. Bush, with the support of current National Security John Bolton, indecently lying about supposed weapons of mass destruction in Iraq, a lie that served as the pretext to invade this Middle Eastern country.

Recorded in history, as well, are the bombing of the Maine anchored in Havana, and the self-inflicted Gulf of Tonkin incident, episodes that served as pretexts to unleash brutal wars in Cuba and Vietnam.

We cannot forget that the United States used fake insignia painted on the planes that carried out bombings here as a prelude to the Playa Girón invasion, to hide the fact that they were U.S. aircraft.

It should be clear that the U.S. slanders are based on an absolute, deliberate lie. Their intelligence agencies have more than enough evidence, surely more than any other state, to know that Cuba has no troops in Venezuela, and does not participate in military or security operations, even though it is the sovereign right of independent countries to determine how they cooperate in the area of defense, which is not a U.S. prerogative to question.

Those making this accusation have more than 250,000 soldiers and 800 military bases abroad, some of them in our hemisphere.

This government also knows, as Cuba has repeatedly stated publicly, that the more than 20,000 Cuban collaborators, more than 60% women, are undertaking in this South American country the same work currently being done by another 11,000 professionals from our country in 83 nations; contributing to the provision of social basic services, fundamentally in healthcare, which has been recognized by the international community.

It should also be absolutely clear that our firm solidarity with the Bolivarian Republic of Venezuela is Cuba’s right as a sovereign state, and also a duty that is part of our tradition and among the irrevocable principles of the Cuban Revolution’s foreign policy.

No threat of reprisal against Cuba, no ultimatum or pressure on the part of the current U.S. government will dissuade the Cuban nation’s internationalist vocation, despite the devastating human and economic damage caused by the genocidal blockade to our people.

It is worth remembering that thuggish threats and ultimatums have been used in the past, when Cuba’s internationalists supported liberation movements in Africa, while the United States supported the opprobrious apartheid regime. Cuba was expected to renounce its solidarity commitments with the peoples of Africa in exchange for a promise of forgiveness, as if the Revolution needed to be pardoned by imperialism.

At that time, Cuba rejected the pressure, as we reject it today, with the greatest disdain.

Army General Raúl Castro recalled this past April 10, “Over 60 years, facing aggression and threats, Cubans have shown the iron will to resist and overcome the most difficult circumstances. Despite its immense power, imperialism does not possess the capacity to break the dignity of a united people, proud of its history and of the freedom conquered with so much sacrifice.”

The Cuban government calls on all members of the international community and U.S. citizens to put an end this irrational escalation and the hostile, aggressive policy of the Donald Trump government. Member states of the United Nations rightly demand, year after year almost unanimously, an end to this economic war. The peoples and governments of our region must ensure that the principles of the Proclamation of Latin America and the Caribbean as a Zone of Peace prevail, for the benefit of all.

The President of the Councils of State and Ministers Miguel Díaz-Canel Bermúdez declared this past April 13, “Cuba continues to have confidence in its strengths, its dignity, and also in the strength and dignity of other sovereign, independent nations. But Cuba also continues to believe in the people of the United States, the homeland of Lincoln, who are ashamed of those who act beyond the boundaries of universal law, in the name of the entire nation.”

Once again, Cuba repudiates the lies and the threats, and reiterates that its sovereignty, independence, and commitment to the cause of the peoples of Latin America and the Caribbean, are not negotiable.

Two days before the commemoration of the 58th anniversary of the victory at Playa Girón, a historic site within our national territory, where mercenary forces backed by imperialism bit the dust of defeat, the Cuban Revolution reiterates its resolute determination to confront the aggressive escalation of the United States, and prevail.