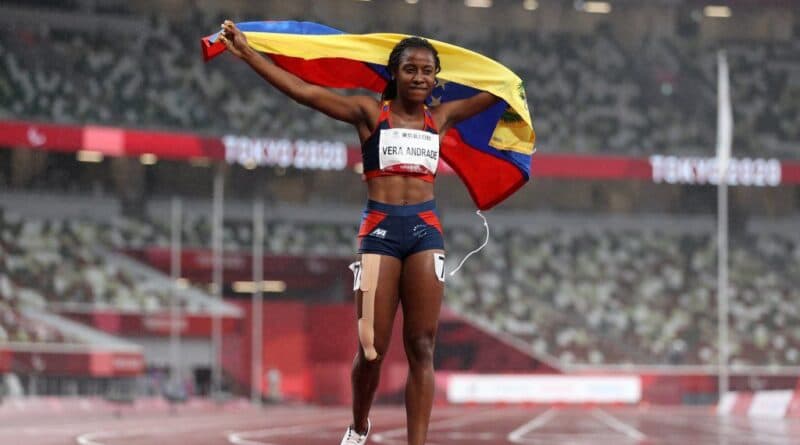 On Saturday, September 4, Venezuelan Paralympic athlete Lisbeli Vera won another gold medal in the 200 meter race, category T47, at the Tokyo 2020 Paralympic Games, under heavy rain. The athlete from Tucaní, Mérida state, reached the 200m mark in 24.52 seconds, winning her second gold metal in the universal appointment. This is the third medal for Lisbeli at this year’s Games, the second gold and the seventh medal for the country.

Lisbeli registered the best mark of the year in the event and was only four-hundredths of a second below the world and Paralympics records. In addition, she becomes the first Venezuelan to win three medals at the Paralympic Games, achieving two golds and a silver.

With only one day to go until the curtain falls on the Paralympic Games, Venezuela has sealed its best performance in this contest, with seven metals: three gold, two silver and two bronze.

In total, Venezuela has got seven medals in this Paralympic Games:

• On August 31, Linda Pérez and Lisbeli Vera won the first two gold medals for Venezuela: Pérez in the 100 meter race, category T11, with an impressive time of 12.05 seconds; and Vera in the 100 meters category T47, in a spectacular and exciting photographic final she covered 100 meters in 11.97 seconds, beating Brittni Mason, who came in second.
• That same day, Venezuelan athlete Luis Felipe Rodríguez Bolívar won a silver medal in the men’s T20 athletics final, covering 400 meters in 47.71 seconds.
• On August 31 itself, Venezuelan athlete Alejandra Pérez won a bronze in the 400-meter final in the T12 category.
• On August 28, Lisbeli Vera won a silver medal in 400 meters, category T47.
• On August 26, weightlifter Clara Pérez won the first medal for Venezuela in this year’s Paralympic Games, lifting 97 kilograms in powerlifting (para-powerlifting), category 41 kilograms, which brought her a bronze.

Never before had Venezuelan sport achieved such results in the Paralympic Games as those achieved by the generation of Lisbeli Vera and company in Tokyo 2020 Paralympics: three gold medals, two silver, a couple of bronzes, and 17 Olympic diplomas. This is Venezuela’s best performance in more than 30 years since its debut at the 1984 New York event.

Overall, Venezuela got the 38th position in the medal ranking at Tokyo 2020 Paralympic Games, just behind Colombia at position 37, Cuba (34), Mexico (20) and Brazil (7), among countries of the Latin American and Caribbean region.