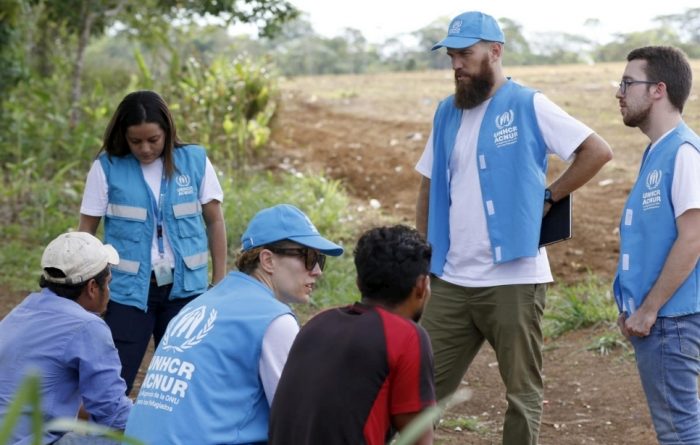 On March 10th this year, the UNHCR made the entirely false claim that 77,000 Nicaraguans are currently seeking refugee status in Costa Rica. That claim is a downright lie. Despite the mercenary opportunism of the Costa Rican government, which has received over US$600m to assist alleged political refugees from Nicaragua, Costa Rica’s own migration statistics give a very different account.

A recent Costa Rican government report stated that at the end of 2019 around 31500 Nicaraguans were seeking asylum. While some data is available for the number of asylum requests granted to Nicaraguans, just 6 out of 23,063 in 2018, data is incomplete for 2019, although Nicaragua’s anti-government news outlet La Prensa reported 18 asylum requests had been approved as of May 2019. The number of requests denied also seems to be unavailable. So putting together a complete picture to date is difficult.

Even so, on official, publicly available data the UNHCR has no basis, except perhaps false propaganda from the country’s coup-promoting opposition, to portray Nicaragua as a country from which tens of thousands of people have fled to Costa Rica to escape violent political persecution. Costa Rica’s own migration statistics confirm the reality misrepresented by the UNHCR and bear out the long standing historical context of economic migration between Nicaragua and Costa Rica. Likewise, the Costa Rican goverment has itself acknowledged that most Nicaraguans claiming asylum do so for economic reasons.

The statistics show that migration from Nicaragua to Costa Rica actually fell during and after the period of the violent failed coup attempt in Nicaragua. Whereas, if opposition claims of mass repression were true, it should have increased. Costa Rica’s data for asylum requests granted also show up the false claims of persecution by opposition activists. During 2018, the Costa Rican authorities approved just 6 applications from the 23,062 Nicaraguans who applied to the Costa Rican authorities for refugee status. By contrast, that same year Costa Rica approved 107 of the 1066 applications it received for refugee status from Salvadorans.

The reason Costa Rica’s immigration authorities granted less than 1% of all those 23,062 asylum requests from Nicaraguans in 2018 is because the overwhelming majority of those applications were phony. Costa Rica granted significantly more asylum requests to Salvadorans because, in the aftermath of the coup attempt in Nicaragua between April and July 2018, the situation in El Salvador was incomparably more dangerous. The great majority of opposition activists in fact fled Nicaragua fearing arrest for the very serious crimes they committed during the violent failed coup attempt of 2018.

Apart from the UNHCR’s false report on the situation of Nicaraguans in Costa Rica, some genuine reporting by veteran Swedish journalist Dick Emanuelsson has also exposed the UNHCR’s duplicity with regard to Nicaraguan opposition activists in Honduras. There, Emanuelsson interviewed the UNHCR representative who rejected claims that the UNHCR was involved in establishing infrastructure for the often violent members of Nicaragua’s political opposition along the Honduran border with Nicaragua. Subsequently, Emanuelsson’s report cites the representative of a local UNHCR partner organization working along the Honduran border with Nicaragua who openly admitted organizing exactly that kind of shelter and support.

This level of duplicity has come to be routine for organizations and institutions coopted one way or another by Western corporate funding or governmental intervention. The examples involving the UNHCR in Costa Rica and Honduras seeking to damage Nicaragua’s Sandinista government, while nothing new, are not for that reason less scandalous and disturbing. The fundamental point is that no genuine reporter doing due diligence and checking their facts in good faith can trust the blatant disinformation spread by institutions like the UNHCR or similar bodies like the various missions of the Organization of American States.

Most people in North America and Europe continue to trust international human rights and humanitarian institutions despite their now proven chronic inability to report fairly and accurately. That has long been true of human rights NGOs like Amnesty International, the International Federation for Human Rights and Human Rights Watch. But extremely egregious misrepresentations and omissions have also come to characterize reporting by many multilateral institutions. They have been coopted by Western governments so as to manipulate crises around the world from Syria to Ukraine to Mali to Venezuela. Cynical manipulation of data and events has become the norm rather than the exception.

In Latin America, events over the last decade have categorically demonstrated the collapse in institutional integrity and independence of the UN High Commission for Human Rights, the Inter-American Commission for Human Rights and the UN High Commission for Refugees. This has been especially true with regard to the double standards applied , for example, between reporting on Bolivia before, during and after the military coup, on Cuba, Venezuela and Nicaragua and the quite different reporting standards applied to countries like Haiti, Honduras Colombia, Ecuador and Chile.

In countries with progressive governments, right wing opposition falsehoods are generally glibly taken as unquestionably true. But in right wing dominated countries, legitimate progressive opposition claims are subjected to meticulous, usually disingenuous and often dismissive scrutiny. Even so, practically all Western news outlets invariably publish such information without question. They do so because they long ago gave up genuine news reporting in favour of imperialist psychological warfare.