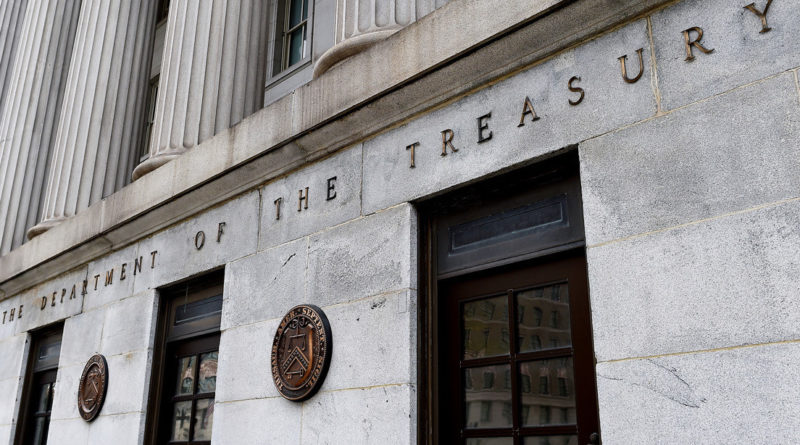 There are also new coercive measures against two ships, one with the Panamanian flag and the other with the Liberian flag.

The US Department of the Treasury included on the list of the so-called Specially Designated Nationals (SDN), from the Office of Foreign Assets Control (OFAC), the companies Schlager Business Group and Libre Abordo, based in Mexico, for their relationship with Venezuela.

According to the Treasury, these companies are “associated with a network that tries to evade US sanctions against Venezuela’s oil sector.”

The coercive measures also fall on two oil tankers: Delos Voyager, with the Panamanian flag, associated with the firm Delos Voyager Shipping LTD. and Euroforce, with the flag of Liberia and linked to the company Romina Maritime CO INC.

RELATED CONTENT: Trump Diverted $600 Million Stolen From Venezuelans for the Wall with Mexico

According to the Treasury Department, Zepeda and Esparza are co-owners of Libre Abordo and control Schlager Business Group; and, in collaboration with Leal, they directed several operations, including the participation of these entities “in moving significant volumes of PDVSA oil .”

In addition, Leal allegedly “has been coordinating the purchase and sale of PDVSA’s Venezuelan crude oil, providing knowledge of the world oil sector and facilitating transportation and reselling for buyers,” the bulletin states.

It also links them with the Venezuelan Oil Minister, Tareck El Aissami; and Alex Naín Saab Morán, both sanctioned by Washington.

“The United States will continue to relentlessly pursue sanctions evaders, who loot Venezuela’s resources for personal gain at the expense of the Venezuelan people,” said Under Secretary Justin G. Muzinich, quoted in the Treasury Department note.

Venezuelan experts have coincided in stressing that the tightening of illegal US sanctions and the illegal detention of Venezuelan patriots only will help to find more volunteers and new mechanisms to evade these unilateral coercive measures considered as such by international organizations because they are designed to starve millions of Venezuelans to death.

For his part, the Secretary of State, Mike Pompeo, said that the US also took these measures “to prevent Maduro from stealing the oil” through exchanges of fuel for food that, in his opinion, did not reach “the people”.

Today, the U.S. took steps to stop the Maduro regime from stealing Venezuela's oil. These sanctions target the illegitimate regime’s “oil-for-food” scheme that had no intent of providing food to the people. We stand with Venezuelans in their quest for freedom and prosperity.

Three days ago, the Mexican president, Andrés Manuel López Obrador, stated that, despite the sanctions imposed by the US Against Venezuela, he would be willing to sell gasoline to the South American country for humanitarian reasons if Caracas requested it.

“If it were a humanitarian need, we would do it. We are free, Mexico is an independent, sovereign country, we make our own decisions and we don’t interfere with the policies of other countries,” he said.