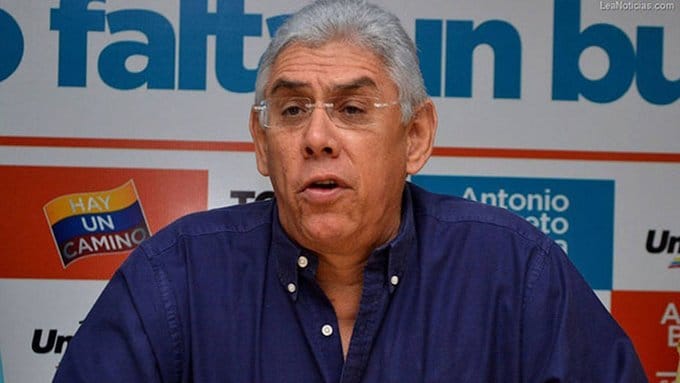 This Sunday, September 5, amid multiple complaints and ongoing investigations by the Public Ministry, the current governor of Anzoátegui state, opposition politician Antonio Barreto Sira, arrived in Venezuela from Miami, where he was on vacation, due to the flooding of the Neverí river. In addition, irregularities were revealed regarding his signing of official documents while he was in the state of Florida, in the United States.

The return of the Democratic Action politician was demonstrated by videos that circulated on social networks, in which the governor could be seen walking the hallways of the Simón Bolívar International Airport in Maiquetía, in the state of La Guaira, when entering Venezuela from the US.

Barreto Sira’s trip aroused outrage among the inhabitants of  Anzoátegui state and throughout Venezuela, given that his absence occurred at a time when heavy rains have caused floods that seriously affected regions of Barcelona, ​​the capital of the eastern entity.

President Nicolás Maduro himself spoke about the irregularities surrounding the actions of the regional governor. “He left on the 28th on a private flight to the Dominican Republic and then he went to Miami,” detailed Maduro. “Then [from there] he has the impudence of signing a decree of emergency in Anzoátegui, signed at the Government Palace in Barcelona [it says], ​​while he was in Miami.”

Accounts before the courts
Due to these concerns about the legality of the Anzoátegui government’s decree, the Office of the Attorney General of the Republic announced the opening of an investigation. The objective is to determine the responsibility of Barreto Sira in various crimes.

For example, the head of the Public Ministry, Tarek William Saab,  mentioned “public mismanagement by fraudulently omitting investment of resources to avoid the obstruction of the Neverí river spillway channel.” The overflow of this mighty river left more than a thousand homes affected in the region last week.

On the other hand, the Venezuelan head of state, Nicolás Maduro, urged the population and social organizations in Anzoátegui to denounce the administrative irresponsibility by the governor. The official is accused of negligence of his responsibilities, particularly in the midst of the emergency due to heavy downpours.

As announced by the Prosecutor’s Office, the crimes of willful omission of investment of resources, improper disposal of waste, and aggravated misappropriation were named, within the framework of the Criminal Law for the Environment, and also in Article 59 of the Law against Corruption.