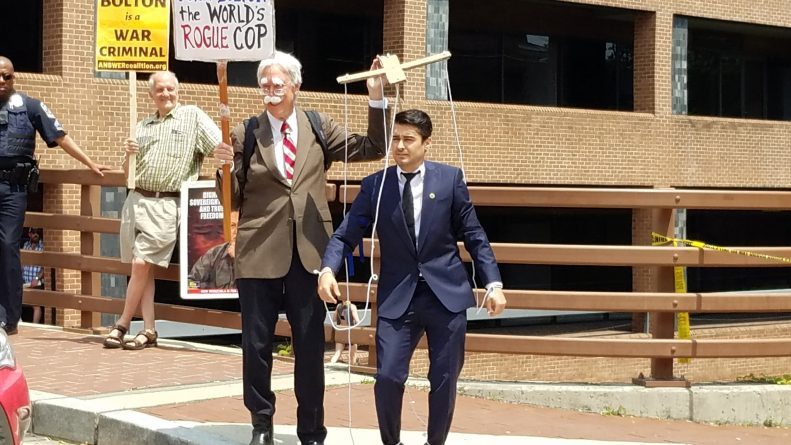 Even the most anti-Chavez media call deputy Juan Guaidó and his team “rookies”. The most recent episode is related to the frustrated meeting between Carlos Vecchio and the Southern Command, which was not consummated, according to Univisión, because the letter that the self-proclaimed president sent directly to that military entity was a “novice diplomatic error.”

This was said by sources of the Government of Donald Trump to Univisión, which in turn spread it without restrictions through its Twitter account.

Because of that beginner’s mistake, Carlos Vecchio was received by low-level officials from the US State and Defense Departments, in a meeting where he was informed of the channels to communicate with the different dependencies of the US Government and who may or may not be his interlocutors.

“Diplomatic sources tell Univisión that Latin American ambassadors often meet with the staff of the Southern Command. But it is not a standard practice to launch a letter of personal intention as Guaidó did. This seems to be a rookie diplomatic error” was the tweet of the television channel from Miami that caused anger among its anti-Chavista followers and ridicule among the Chavistas.

Before, the journalist of the chain David Adams used the same social network to report: “The visit of Carlos Vecchio to the Southern Command today is canceled. Instead, the State Department says that Vecchio will attend a meeting at the State Department with officials from the Department of Defense to discuss past and future roles related to humanitarian assistance and regional support.”

Vecchio, for his part, wanted to make up for the fact that he had not been received by the Southern Command, claiming that this body is a dependency of the Department of Defense, and that upon being received by officials of that office, the meeting rather increased in level.

“The Southern Command is part of the Dept. of Defense. The decision of the US administration was to hold a meeting in the Department of State jointly with the Pentagon. We discussed all aspects of the crisis. We left satisfied with progress achieved. We are going well,” he said.

That tweet only caused anger among his followers, who answered things like: “Do not clarify because you are making it worst” (@AMcPol), “#BamosVien Vecchio. We continue playing” (@AngioliniE),”BS because there was no meeting” (@nathaliod) and “I see both faces that the meeting was a fiasco” (@ Gloriadelmar1).

In response to Univision’s tweet, journalist Anya Parampil (@anyaparampil) wrote: “You know things are wrong when even Univisión thinks they committed a ‘rookie diplomatic error’ . How does it feel, Carlos Vechhio? ”

On the other hand, the user @hautemoliere answered the Univisión information: “Making mistakes and they have not even started. Somebody please tell me what exactly Guaidó’s skills are. ”