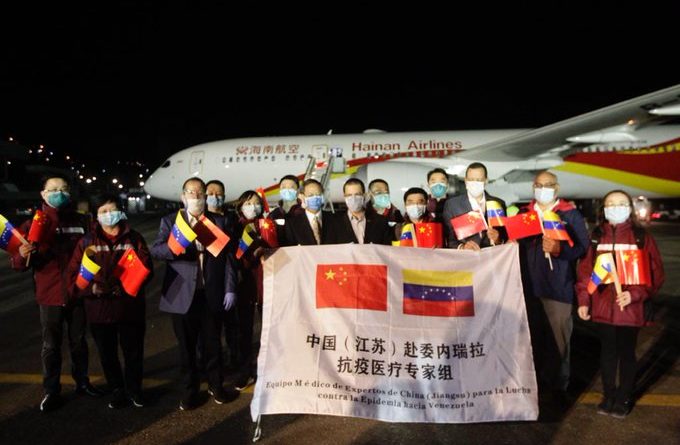 Caracas, March 30, 2020.- Venezuelan vice president, Delcy Rodríguez, reported six new cases of Covid-19 coronavirus registered in the country, bringing the total number of cases to 135. The cases are distributed as follows: 2 in Miranda, 1 in the Capital District, 1 in Bolívar, 1 in Aragua and 1 in Yaracuy.

She mentioned that, of the 135 cases:

The vice president added that in the next few hours, the treatment for people who recover at home will be described, in such a way that they are totally isolated, with their masks at home, attended by a single person with gloves and masks, to avoid infecting their relatives.

Rodriguez also pointed out that, in one of the first flights where one of the first cases was detected on March 8, six people positive for coronavirus have already been detected, and that it is very important that the people who entered the country in March from different routes (air, land, water) are tested quickly, either in sentinel centers or through rapid tests.

She reiterated the importance of maintaining and abiding by the social quarantine to cut the chain of transmission by community contact.

Specialists who arrived this Monday from China
Rodriguez noted that, at 3 in the morning, a plane arrived with humanitarian aid, supplies, medical-surgical material and a commission of eight specialists from the People’s Republic of China, who treated critically ill patients and came to offer technical assistance to the team of Venezuelan physicians.

RELATED CONTENT: Are the European Union and the UN Willing to Bypass the Blockade Against Venezuela?