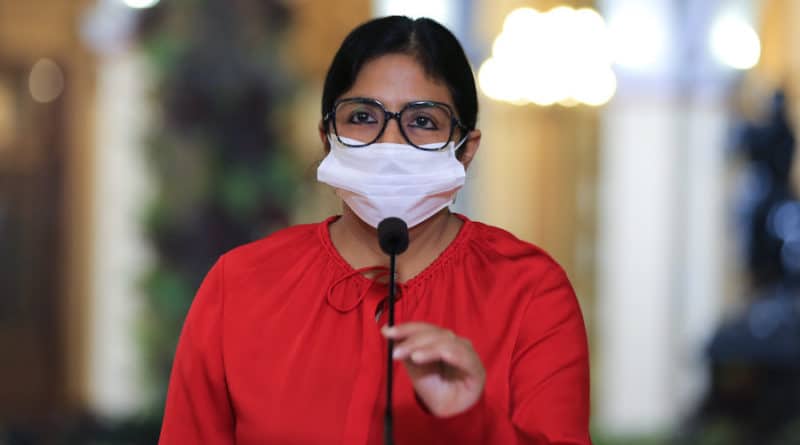 Venezuelan Vice President Delcy Rodríguez reported this Saturday 45 new cases of Covid-19, bringing the number of cases detected in the country to 504 people. Out of the 45 cases detected today, 34 are imported: 21 come from Peru, 11 from Colombia, 1 from Ecuador and 1 from Brazil. Another case is of a contact with a traveler, and the other 10 are community transmission. 30 are located in the Capital District, 3 in Barinas, 9 in Nueva Esparta, 1 in Anzóategui, 1 in Amazonas and 1 in Aragua.

She reported that 19 of the cases are women and 26 are men. There are 7 minors. They are all isolated in health centers, receiving treatment, Rodríguez explained.

She offered a summary of the cases:

She stressed that, if Venezuela had not adopted the state of constitutional alarm, Venezuela would have around 422,856 cases and not the 504 cases that exist today, most of them imported due the the humanitarian nature of the Bolivarian Revolution while most of the countries have chosen to leave their nationals to die alone abroad.

She added that the meeting took longer because measures are being taken in the border states as 75% of the cases are imported. In the next few hours, new measures will be announced to consolidate the sanitary cordon at the border checkpoints.