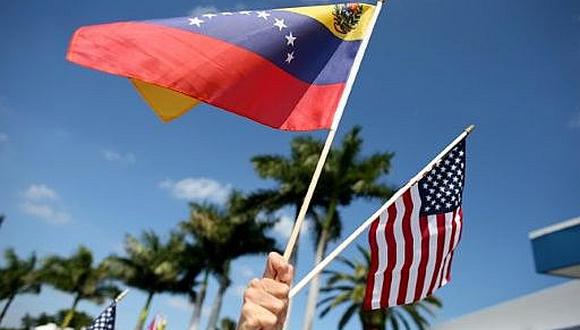 Expressing criticism of the pressure exerted by US political sectors against the Biden administration’s rapprochement with Nicolás Maduro’s government in Venezuela, a group of anti-Chavistas presented a letter in which they described the failure of illegal US sanctions.

Joshua Goodman of Associated Press shared the letter through his Twitter account, and noted that the signatories advocated the return of oil companies to Venezuelan soil.

“The economic sanctions and the policy of maximum pressure did not achieve their objectives,” reads the document. “While the sanctions are not at the root of the humanitarian emergency in Venezuela, they have severely exacerbated conditions for the average Venezuelan.”

Group of 25 Maduro opponents send letter to @POTUS urging the U.S. to ease sanctions and allow Western oil companies to return to Venezuela.

Other approaches
The letter requesting relief from illegal US sanctions was addressed to US President Biden, high officials of the House of Representatives, and the Senate of the US Congress.

Among their proposals, they called on the White House authorities to continue promoting dialogue, and expressed their opinion that “there is no time to lose.” They also asked the spokespeople of the Venezuelan government and the so-called Unitary Platform of the opposition to resume negotiations.

“75% of Venezuelans forcefully reject sectoral sanctions and only 10% want them to remain,” added the signatories. “It is clear that these types of sanctions have not benefitted the Venezuelan people.” The signatories represented themselves as members of the private sector and of Venezuelan civil society.