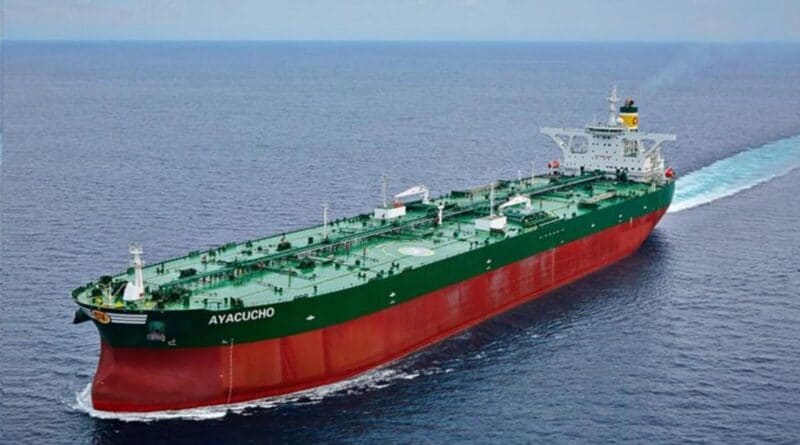 US sanctions have caused the Caribbean nation to lose three oil supertankers.

Mérida, August 13, 2020 (venezuelanalysis.com) – Venezuela’s oil sector remains mired in a slump under the weight of US sanctions.

The July report from the Organization of the Petroleum Exporting Countries (OPEC) placed the Caribbean country’s output at 339,000 barrels per day (bpd), slightly up from 336,000 bpd in June.

The US Treasury Department escalated its measures last year with an embargo and a blanket ban on all dealings with Venezuelan state entities. After falling for much of the year, production stabilized in the last quarter to bring the 2019 average to 796,000 bpd.

In 2020, Washington further hit Venezuela’s oil sector by levying secondary sanctions against two Rosneft subsidiaries. The Russian energy giant, which had been carrying a large portion of Venezuela’s output before rerouting it to other destinations, was forced to shutter its Venezuela operations and transfer its assets to a Kremlin-owned company.

Secondary sanctions, coupled with low oil prices and contracted global demand due to the coronavirus pandemic had already forced PDVSA to halt several projects and joint ventures before the Trump administration set its sights on shipping companies and vessels in an effort to strangle oil exports.

The decreased availability of international shipping has reportedly forced PDVSA to include shipping costs in crude prices and use its own tankers.

However, PDVSA’s fleet has also been hard hit by US sanctions, with three supertankers allegedly lost after a Singapore-based joint shipping venture with Chinese state-owned company PetroChina went bankrupt. In response to Treasury measures, insurer Standard Club revoked protection and indemnity insurance for the company’s supertankers, rendering them unable to navigate.

A fourth one, the Ayacucho, is likewise in danger from a US glass manufacturer attempting to collect a $500 million arbitration award. O-I Glass, formerly known as Owens-Illinois Inc., filed a lawsuit in Singapore to seize the Ayacucho after it got a favorable ruling from the World Bank’s International Centre for Settlement of Investment Disputes (ICSID) in 2015 concerning the nationalization of two factories in 2010 by former President Hugo Chavez.

While oil exports drop, Caracas has sought to reactivate its domestic refining industry to address fuel shortages. US Treasury sanctions have limited access to spare parts and diluents, while also threatening foeign companies not to ship gasoline to the South American country.

With Iranian assistance, PDVSA has been able to reactivate the El Palito and Cardon refineries in recent weeks. Both have operated intermittently and below maximum capacity. On Tuesday, an oil union leader told Reuters that the distillation unity at the Amuay refinery had been reactivated, and it would supply Cardon’s catalytic cracking unit to produce fuel. Amuay has a 645,000 bpd processing capacity, and with the 310,000 bpd Cardon forms the Paraguana refining complex, the largest in the country.

Featured image: PDVSA’s Ayacucho supertanker is in danger of being seized. (Marine Traffic)