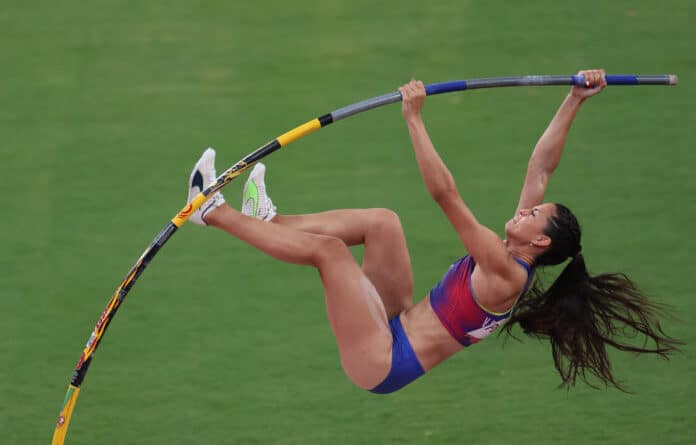 There was an incredible intersection of events for Robeilys Peinado in her debut at Tokyo 2020: the heavy rain on the Olympic Stadium, the injuries and misfortunes of medal favorites, and two clean jumps of over 4.4 and 4.55 meters, allowing the three-time world pole vault medalist to advance to the final, scheduled for this Thursday, August 5 in the Japanese capital.

Peinado started the Group A knockout round with a jump clearing the 4.4-meter mark, and then the rain began to fall on the Tokyo Olympic Stadium, forcing the competition to stop.

After resumption of the contest, with the rod at 4.55 meters the Venezuelan—junior Olympic runner-up in Nanjing 2014 and eighth in the world ranking—with the aid of her pole surmounted the height and made a jump that qualified her for the final.

“The Organizing Committee of the event has decided that, due to heavy rains and weather conditions, all athletes who exceeded 4.55m in the knockout phase, go directly to the final,” explained Peinado’s coach, Poland’s Slava Kaliniczenko. “We had a little bit of luck.” 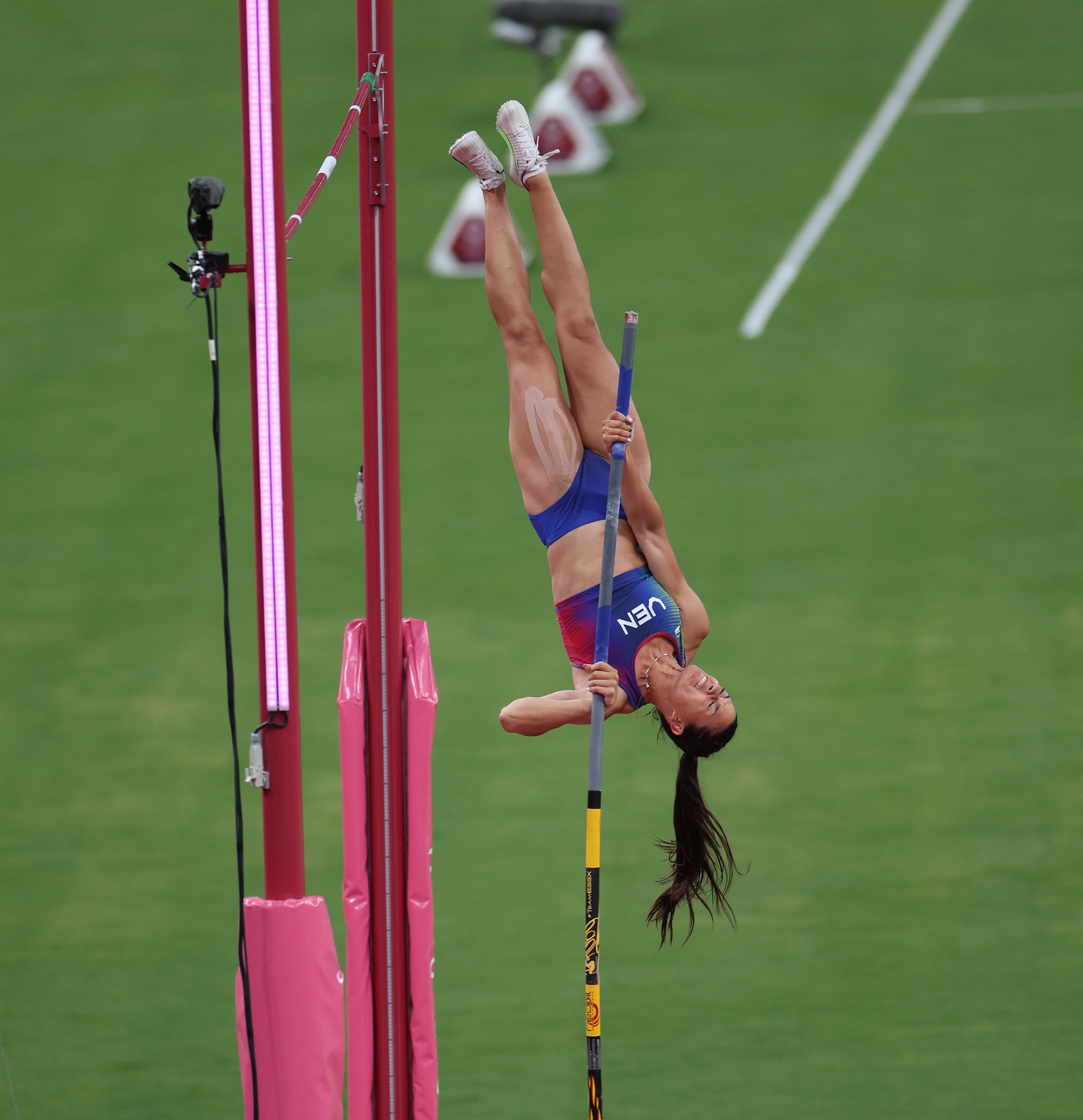 Performance and expectation
“It was a very distinctive qualification, marked by rain, in which the athlete from the United States broke her pole and was affected by a problem in her legs,” Kaliniczenko said at a press conference for Japanese media.

During this year’s competitions Robeilys Peinado won the Bolivarian Games in Santa Marta, Colombia, besting 4.2 meters; the South American Games in Cochabamba, Bolivia, achieving a personal best 4.7 meters; and won a silver medal in the Central American Games in Barranquilla, Colombia, where she topped 4.5 meters. She was also fourth in the 2019 Pan-American Games of Lima, Peru (4.55m).

“I’m still processing it,” Peinado wrote on her Twitter profile following her historic qualification for the Olympic final, in which she will represent the Americas alongside Cuba’s Yarisley Silva, Canada’s Anika Newell, and the US citizens Katie Nageotte and Morgan Leleux.

During the competition the Olympic runner-up in Rio 2016 and world silver in Doha 2019, Sandi Morris (USA), broke her pole and was severely affected by physical problems. Morris was taken out of the competition during her attempt to exceed the 4.55-meter mark. Other top 20 athletes such as China’s Ling Li and Greece’s Klaoudia Polak were left out of the final round.

The final of the women’s pole will be played this Thursday, August 5 at 6:20 a.m. (Caracas time)
Peinado qualified for Rio 2016, but an injury prevented her from competing. En route to Tokyo 2020 she had achieved Venezuela’s national record by topping the 4.70-meter mark at the Diamond League in Brussels, Belgium on September 6, 2019.

This year she achieved seven victories between May and August, after returning to Poland, her training base, prior to Tokyo 2020. In her return to the Diamond League her best jump was 4.66 meters at the Golden Gala Pietro Mennea on June 10.

The Caracas-born athlete has been a world pole vaulting finalist twice, finishing seventh in Doha 2019 (4.70 meters), and winning bronze in London in 2017 (4.65 meters), when she became the youngest pole vaulter to win a world championship medal at the age of 19.