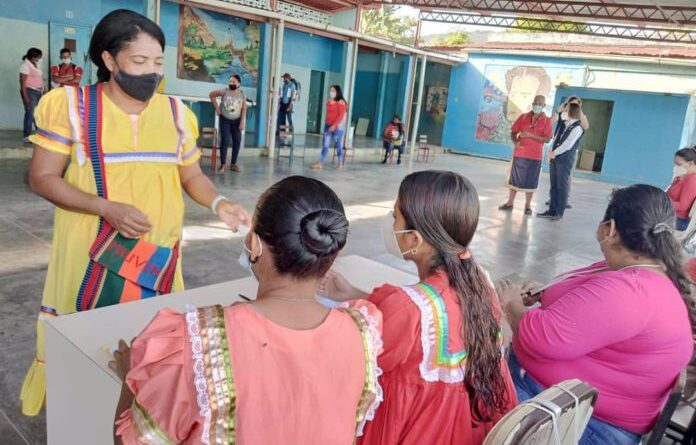 This Thursday, December 2, Venezuela’s National Electoral Council (CNE) announced that it had concluded the tabulation of the voting minutes issued in the elections to choose Indigenous representatives for legislative councils and municipal councils.

The voting minutes were issued in each of the 74 authorized voting centers in eight states of the country.

“The Ad Hoc commission for the 2021 elections for Indigenous representation in the state legislative councils and municipal councils concluded the counting of the voting minutes issued in each of the 74 voting centers enabled for these elections,” wrote the CNE on Twitter.

The results, aggregated by the Ad Hoc Commission, are available on the website of the electoral body.

In these elections, some 4,334 spokespersons elected 69 councilors and eight legislators to the legislative councils, respecting Indigenous traditions.

Indigenous peoples have special regulations when voting in Venezuela’s elections. The vote of the spokespersons, who were previously elected in community assemblies between July 6 and August 13, was by secret ballot and was carried out manually.

Each table was made up of three members: president, main member, and secretary, designated by the Regional Electoral Office of each state. In each of them there was a voting notebook with the selection of the spokespersons, who had to show their signature and fingerprint when casting their vote.

The special regulation establishes that the election system is done by name, and by elections in popular assemblies, according to their uses, traditions, and customs.