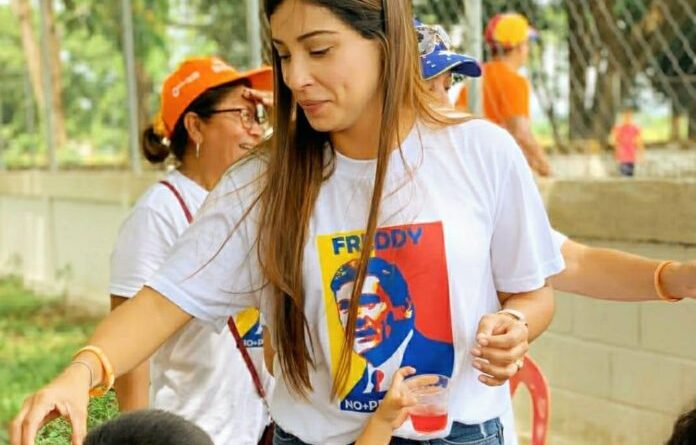 With the opening of the new electoral process in the state of Barinas, following the controversial decision issued by the Supreme Court of Justice (TSJ) that confirmed the disqualification of Freddy Superlano as the opposition (MUD) candidate—even when Venezuela’s National Electoral Council (CNE) forecast his victory—it is presumed that they will nominate his wife, Aurora Silva de Superlano, to run as candidate for governor.

The CNE authorities have already announced that the period for political organizations to present their offers is underway. For their part, regional media reported on the possibility of the former candidate’s wife taking over the candidacy in the rerun elections scheduled for next January 9.

Therefore, Aurora Silva would be the figure that would confront other candidates, both from different opposition sectors and from the United Socialist Party of Venezuela (PSUV). Similarly, it is expected that in the coming days the national leadership of the revolutionary incumbent party PSUV will announce who they will nominate as candidate for the governorship of Barinas. The outgoing governor, Argenis Chávez , presented his resignation to “expedite” the process, according to his own explanation during a press conference.

Popular vote
With the appeal for protection filed by the opposition politician Adolfo Superlano before the Supreme Court of Justice, a process began by which it was determined that Freddy Superlano was administratively disqualified by the Office of the Comptroller General of the Republic.

As a result, the tabulation and recount process applied by the Regional Electoral Board was rendered ineffective. At that time, the dispute arose regarding the narrow margin that separated the number of votes obtained by the PSUV candidates and the opposition in Barinas.

It is expected that between December 2 and 6, all applications to the CNE will be completed by political organizations interested in participating. In addition, a period of modifications will be opened between December 18 and 30—although any changes at that time would no longer be reflected on the ballot.

The electoral authority confirmed that during the voting process for the government of Barinas it will use the same electoral registry used during the regional and municipal elections held on November 21.