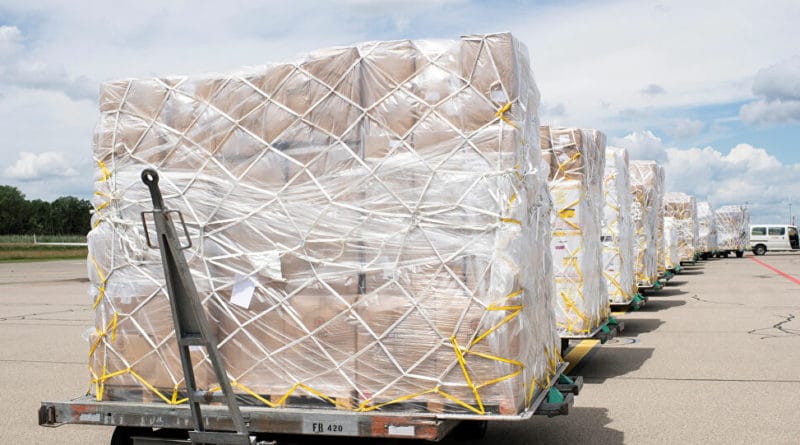 The Mexican government’s Department of Financial Crimes has frozen the bank accounts of companies and individuals who were blacklisted by the United States on charges of having evaded the sanctions regime imposed on Venezuela. These unilateral sanctions are defined as illegal by the United Nations.

The bank accounts of “everyone on the list” of the Us Treasury’s Office of Foreign Assets Control have been frozen, Santiago Nieto, head of Mexico’s Financial Intelligence Unit, told Reuters.

Blacklisted firms include Libre Abordo and related company Schlager Business Group, based in Mexico. Washington accuses them of helping the government of Venezuelan President Nicolás Maduro to evade sanctions in order to provide much needed food for millions of Venezuelans affected greatly by US sanctions.

“Saab and Leal, working with Libre Abordo and the Mexico-based Schlager Business Group, negotiated the resale of more than 30 million barrels of crude oil on behalf of [Venezuelan state-owned company] PDVSA,” states the US Treasury.

Libre Abordo and Schlager began receiving Venezuelan oil for resale in Asian markets in 2019, after signing a crude oil-for-food contract with the Maduro government as humanitarian aid.

Mexican companies supplied some 500 water tankers to Venezuela, but 210,000 tons of corn originally included in the contract never reached their destination. Libre Abordo announced its bankruptcy in May, blaming “excessive” US pressure. His trade with Venezuela was suspended.

Early this week the Mexican President, Andres Manuel Lopez Obrador made public his decision of selling gasoline for humanitarian reasons if the Venezuelan government requests it. This decision seams to contradict such statement taking in consideration that nothing is more humanitarian that food.